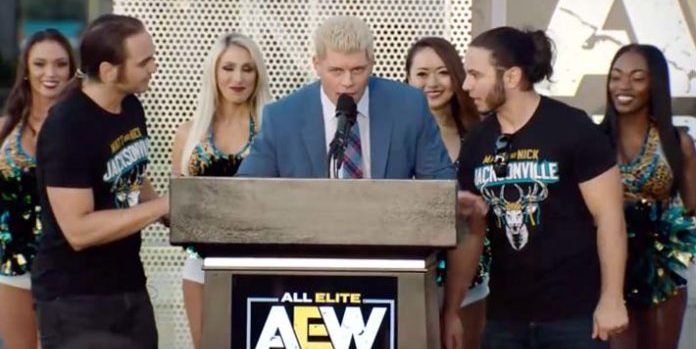 AEW is the talk of the town, ever since it was first announced by the Elite. Since then, they’ve made several huge announcements in every department and the fans have been really pleased.

But, the promotion’s first show, Double or Nothing, will happen on the 25th of May and no weekly show(s) have been announced yet. This leaves the promotion’s team without much to do for the upcoming months.

Dave Meltzer, who is close friends with the Elite, revealed what those guys are planning to do in the coming months.

Cody Rhodes will make sure that his knee is good to go while the SCU will be wrestling on several other promotions. Matt Jackson of the Young Bucks is on an expedition to go to every version of Disney World across the globe.

Cody has to get his knee taken care of. SCU will be wrestling elsewhere. Last I heard Matt Jackson was going to every version of Disneyland in the universe. https://t.co/LoR1Xi9Ha9