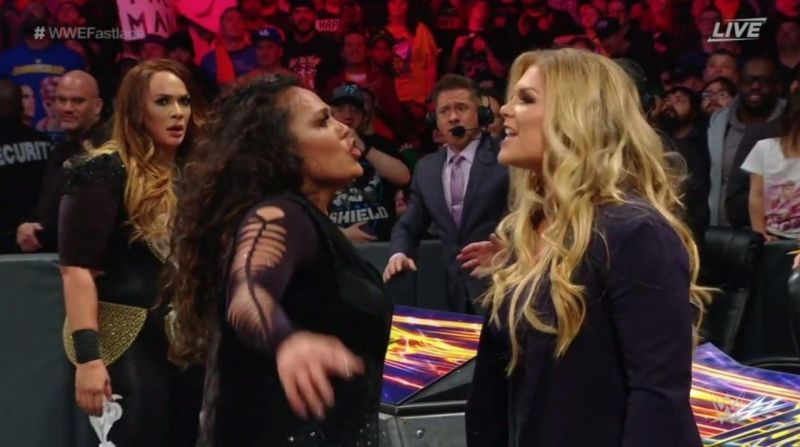 Beth Phoenix was the guest commentator during the Women’s Tag Team Title match at WWE Fastlane, but she got more involved than anyone could have thought.

Natalya ran down to save Beth, but she was unsuccessful in her attempt as she also got beaten down. From the looks of it, WWE is teasing a return of the Divas of Doom and this is most likely what is going to happen.

Dave Meltzer noted on Wrestling Observer Radio that Tamina and Nia Jax vs the Divas of Doom seems to be in the works. It is not known where the match will take place, but as Wrestlemania is closing in, it is likely we might see the match at the Grandest Stage of Them All.