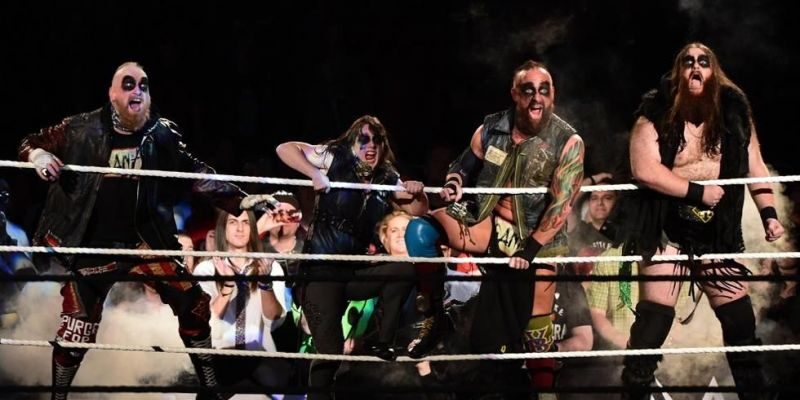 SaNITy showed potential as a stable during their run in NXT and then they were called up to the main roster. However, they were not used well at all and they were mostly forgotten. Sami Callihan revealed he was going to be the leader of the stable.

Callihan spoke to Wrestle Talk, where he revealed that WWE had bigger plans for his Solomon Crowe character in NXT. Here is what he said:

“Eric Young pretty much embodied what Impact Wrestling was from the golden days and I think that is a match that the entire wrestling world wants to see. I’ve heard it for years because I was supposed to be the leader of SaNITy until I went off on my own and he stepped in and became the leader of SaNITy. I think that match, me vs. Eric Young, we both use the same finishing move, we’re both very similar wrestlers. I think that match could do a lot for Impact Wrestling.”

Eric Young was recently released by WWE and we wonder whether he will be going back to Impact Wrestling in order to square off against Sami Callihan.

Mandy Rose recently tweeted a photo of her injured leg, which was caused by Sonya Deville attacking her on Friday Night Smackdown this week. Her caption read: “I took your best beating and that’s all I got? You’re in trouble u jealous bitch.”

Batista saw this tweet and decided to give her some pointers on how to cuss. He wanted to make sure her tweets had the most impact and helped her.