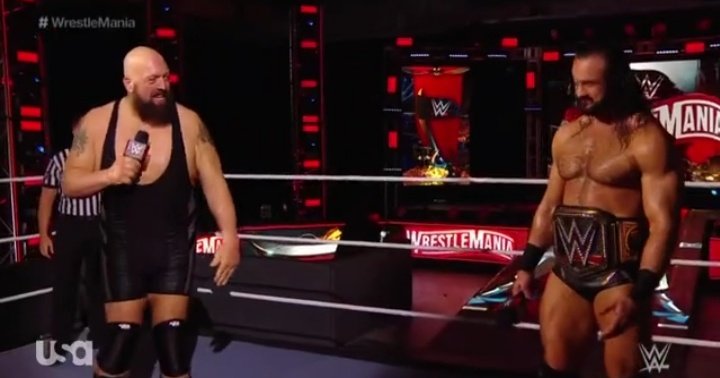 Drew McIntyre won the WWE Championship after defeating Brock Lesnar at WrestleMania 36. He would then have his first title defence 20 minutes after his victory.

On this week’s episode of Monday Night RAW, it was shown that Drew McIntyre defended his WWE Championship against the Big Show. Show came out while McIntyre was being interviewed and then challenged him to a match for the title. Drew ended up accepting the match.

Drew would go on to retain his WWE Title against the Big Show after a hard-fought victory. Many fans were puzzled at him suddenly having to defend his title.

According to a report by PW Insider, WWE intended on making him look very strong with his match against Big Show by having him overcoming two monsters on the same night.

The idea to show McIntyre beating both Lesnar and Show in succession, taking out two of the biggest beasts in the company in one fell swoop.

We will have to see what the company has planned for the Scottish Superstar.