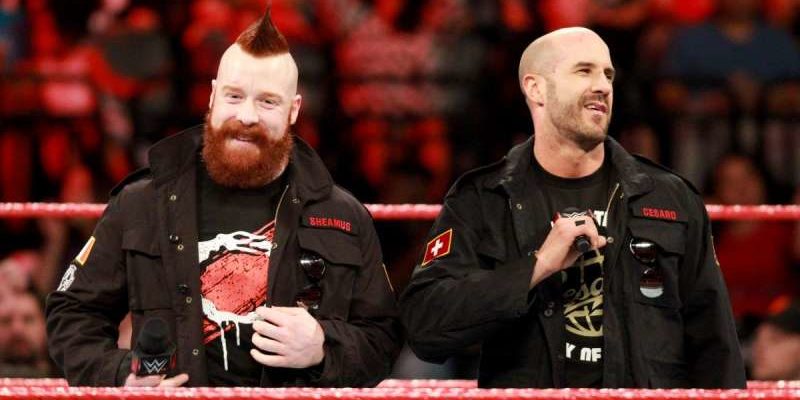 Sheamus and Cesaro teamed together as The Bar and were one of the top tag teams in WWE. Now Cesaro is partnering up with Shinsuke Nakamura with Sami Zayn as their manager. Sheamus also made his return to WWE recently.

Sheamus spoke to Cultaholic, where he talked about why WWE split up The Bar. The team had achieved a lot in the company with multiple tag team title reigns. They certainly will be remembered as one of the greats in recent memory. However, it was simply time for them to part ways in order to focus on their singles career.

“Well me and Cesaro have achieved everything there is to do, we’re five-time tag champs. I think The Bar is something where we have cemented our legacies as The Bar, like we can always go back to that and anything we do will be massive, but we’re both on a bit of a singles journey at the moment and there’s still a lot I want to achieve as a singles guy. Obviously the Intercontinental title is the one I still haven’t won, so that’s all I really care about right now.”

Sheamus was absent from WWE television for the majority of 2019. Now he is back and ready to remind fans why he was a dominant performer in the singles division.