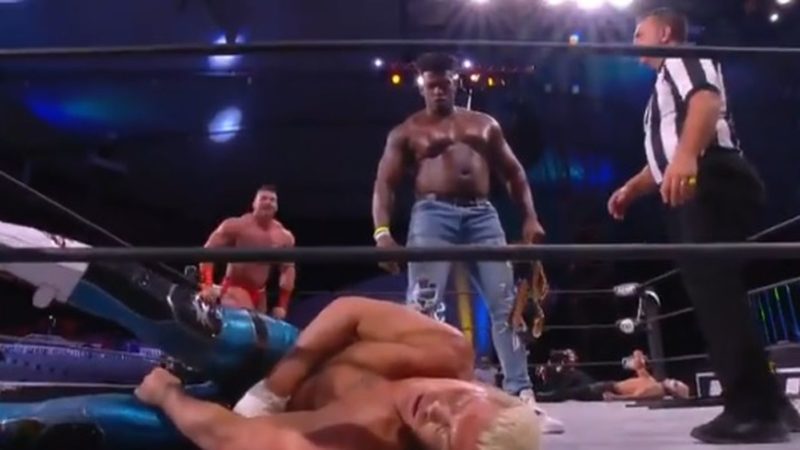 Will Hobbs worked together with Cody Rhodes and Darby Allin to face Team Taz on multiple occasions. He has been given a lot of focus since making his AEW debut, even as an enhancement talent.

During the end of this week’s episode of AEW Dynamite, Team Taz was brawling with Darby Allin and Cody Rhodes after the main event match. Then Hobbs came out and it seemed as if he was going to assist Rhodes, but instead, he attacked Cody with the FTW Title after he teased he was going to be on Cody’s side.

So it seems Hobbs has turned heel and has joined Team Taz in what was certainly a shocking moment.

Taz had offered Hobbs to join his team two weeks ago, but he did not take him up on that offer. It seems he finally changed his mind this week.