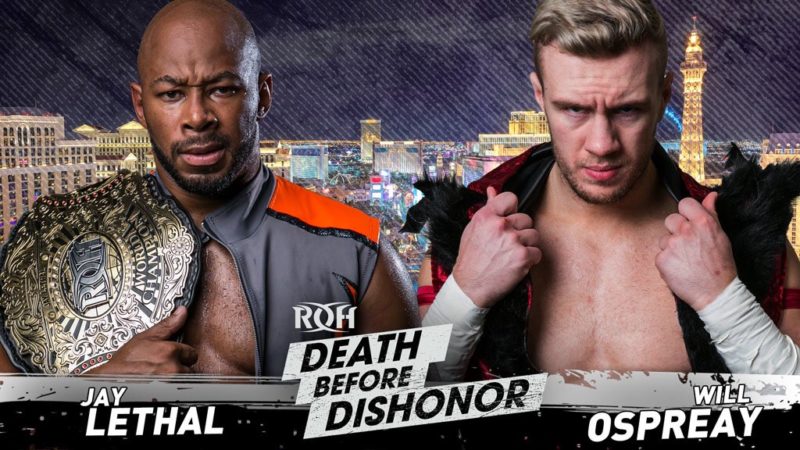 Jay Lethal defended Ring of Honor World Championship against the Aerial Assassin Will Ospreay at ROH Death Before Dishonor. Lethal has been a big proponent of Ospreay in the past, so it’s not shocking to hear Lethal praise the former IWGP Jr Heavyweight Champion again.

The 2-time ROH World Champion spoke recently about his opponent at last night’s event. In an interview with Sporting News, Lethal said:

Right now, Will Ospreay is the best high-flyer that I’ve ever seen in my entire life. I look forward to stepping into the ring with him again. We had a short television match once before, and I loved every second of it. Now we get to do it on a brand new stage on pay-per-view. We get to see what each other has got and how our chemistry is. The match should be really special.

Lethal also spoke on being a two-time ROH Champion, again working as the face of the promotion

To be performing at such a high level that makes the ROH office feel that they should put the belt on me is an extreme honor. It can’t get any better than that. They liked what I did with the belt the first time. The first time could’ve been a lucky fluke, but the second time really proves that you’re doing something right. The company entrusts you to represent them well and it’s the highest promotion possible.

Lethal defeated Will Ospreay last night in a great back and forth bout.