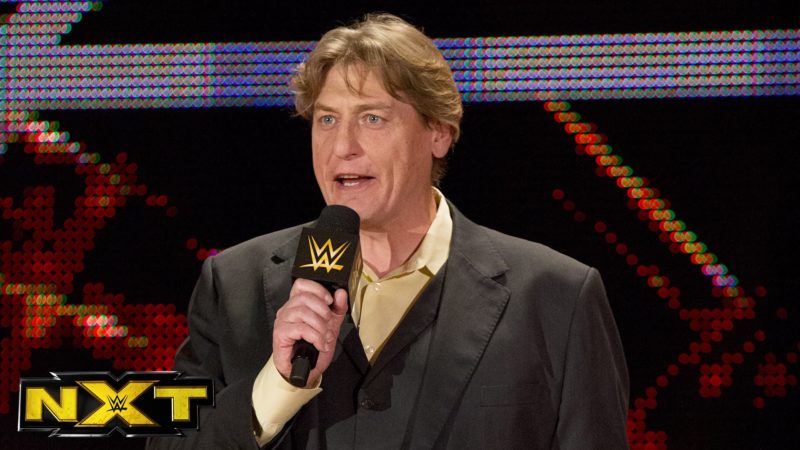 NXT’s General Manager has been absent from NXT TV since before WrestleMania. William Regal has been dealing with minor health issues, which kept him away from the company for quite some time. However, he finally made his return to NXT at last night’s NXT tapings.

Regal came out for what will be the go-home show before NXT TakeOver: Brooklyn IV. This episode will air on August 15th.

Regal was originally set to return back in June, according to PWInsider, but the WWE decided to hold off until a later date.

It’s great to hear that Regal has returned to NXT and has overcome whatever health issues he was dealing with.