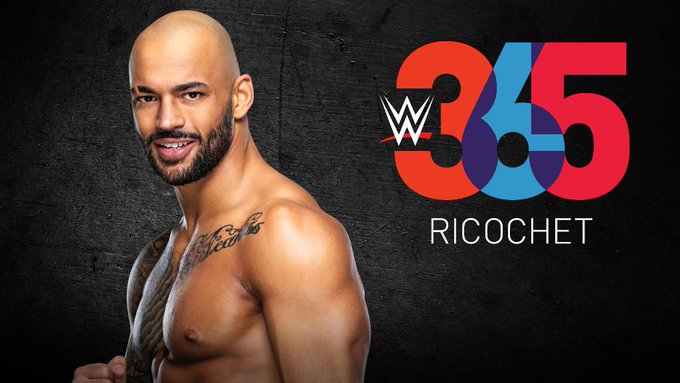 This Sunday, the popular WWE Network original series “WWE 365” has a new episode scheduled to premiere.

The announcement was made on the official WWE Network Twitter feed on Monday evening which read, The WWE Network will debut “WWE 365: Ricochet” this coming weekend.

Also coming to the WWE Network this week is “Best of WWE: Best of United States Championship Matches,” which drops on the service at 12am Eastern Time tomorrow, Tuesday, June 30th.

Season 5 will be added to the V.O.D. section on Wednesday at 10am Eastern Time.

In terms of the “Best Of” and Total Bellas season 5 additions, they will also be available on the free version of the WWE Network, while the upcoming WWE 365: Ricochet release will be for subscribers to the WWE Network only.

Check out the WWE 365: Ricochet announcement for this Sunday courtesy of the official WWE Network Twitter feed below.

An incredible year for @KingRicochet takes center stage THIS SUNDAY on an all-new #WWE365! pic.twitter.com/iKAUMG11ct