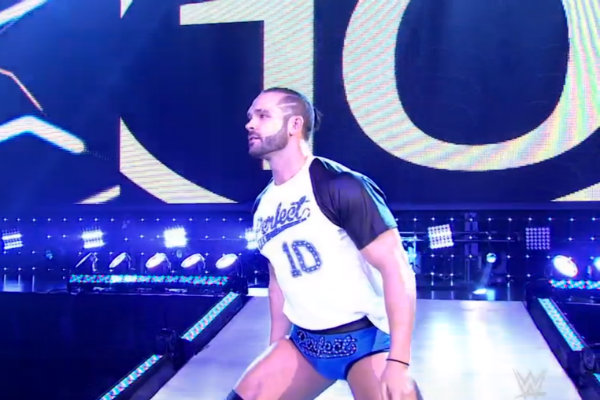 WWE announcer Renee Young revealed via WWE.com the addition of a marquee matchup to the kickoff show of the upcoming SmackDown brand-exclusive PPV Backlash. As per Young, ‘The Perfect Ten’ Tye Dillinger will compete against Aiden English on the pay-per-view kickoff show.

Tye Dillinger (Ronald William Arneill) previously competed for WWE between 2006 and ’08 as Gavin Spears. The 36-year old would then compete in other notable promotions such as TNA and ROH (Ring Of Honor) before returning to WWE in 2013, where he’d compete on the NXT brand from ‘13 until his main roster debut earlier this year.

Dillinger has faced Aiden English scoring the pinfall victory over the latter, previously on SmackDown Live. WWE has posted a video featuring Renee Young who announced that a matchup between the two aforementioned Superstars has been made official for Backlash this Sunday and will be streamed live on the WWE Network.

Dillinger participated in the 2017 Royal Rumble match in January of this year, entering at number-10 and lasting for about 5 minutes before being eliminated by Braun Strowman. The Perfect Ten made his main roster debut on SD Live last month and has been on a roll ever since. He will face Aiden English at WWE Backlash that takes place Sunday, May 21st at the Allstate Arena in Rosemont, Illinois.

Dillinger has really turned over a new leaf in his professional wrestling career since his return to WWE back in ’13. The Canadian Superstar has all the potential to ascend to the top of the food chain in the world’s premier pro-wrestling promotion and WWE management seems to be making all the right moves as regards building him from the ground up, instead of rushing his push. I expect him to solidify his place as one of the company’s top stars around this time next year. 10! 10! 10!