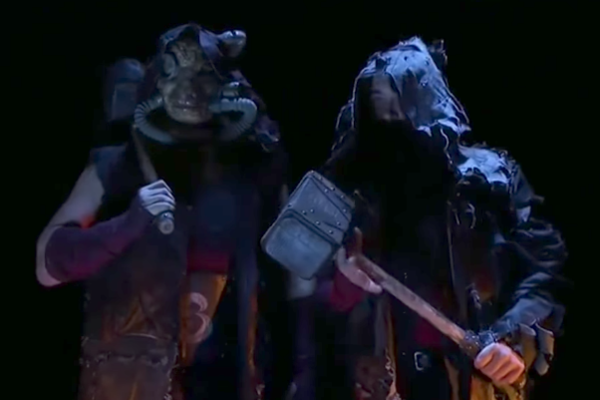 WWE has been teasing the debut of Bludgeon Brothers gimmick of Erick Rowan and Luke Harper for a while but it appears that the company is already dropping it.

During a recent WWE Live Event from Leeds England, these two came out using their old music and the two returned to their old attires as well. Below is a photo of them from the Live Event:

Both Harper and Rowan have been away from WWE Programming for quite a while now and it was reported several times in the past that officials were planning to give them a new gimmick.

They finally started teasing the new gimmicks of both the former Wyatt Family members a few weeks ago when they started airing video packages of them in their new looks.

It’s not clear yet what their appearance on the Live Event means and if WWE is really dropping their new gimmick already. We’ll keep you posted if any further details come to light.