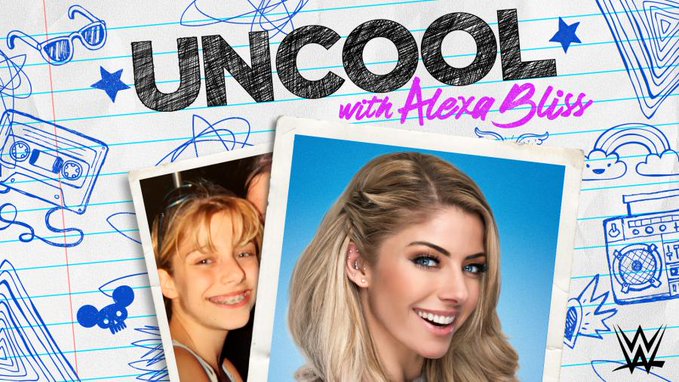 WWE has announced that Alexa Bliss will be getting her own podcast as of September 22nd. ‘Uncool with Alexa Bliss’ will be joining The New Day: Feel The Power and After The Bell w/Corey Graves.

WWE® UNCOOL WITH ALEXA BLISS PODCAST TO DEBUT ON SEPTEMBER 22

STAMFORD, CONN., September 8, 2020 – WWE (NYSE: WWE) today announced Uncool with Alexa Bliss, a new podcast series debuting on Tuesday, September 22. Hosted by WWE Superstar Alexa Bliss®, the podcast will transport listeners back in time when Bliss and her guests discuss their most nostalgic, cringeworthy and laugh out loud moments from before their fame and success. Listen to the trailer here.

Each Tuesday, Alexa Bliss will sit down with WWE Superstars and celebrity guests to celebrate all things “Uncool.” From awkward first dates to fashion faux pas and everything in between, nothing is off limits. WWE Superstar The Miz® will kick off the premiere episode with other weekly guests including Lance Bass. The Bella Twins – Nikki and Brie Bella®. Ryan Cabrera, James Iglehart, Taylor Hanson, Nikki Glaser, Jon Heder and more.

“Uncool will take listeners down memory lane by reliving embarrassing, quirky tween moments and reminiscing about younger years while offering laughs along the way,” said Bliss. “Fans will get to see just how cool it is to be uncool.”

Listeners can subscribe to Uncool with Alexa Bliss on all audio streaming services including Apple Podcasts, Spotify and Pandora. Full length videos of each episode will be available the following week on WWE Network and WWE’s YouTube channel.

Alexa Bliss has been an athlete her entire life, having previously competed in gymnastics, softball, cheerleading and as a professional bodybuilder before joining WWE in 2013. She is a five-time WWE Women’s Champion, two-time WWE Women’s Tag Team Champion and an unapologetic Disney fanatic who loves all things 90s and early 2000s. When she is not competing or podcasting, you can find her at home with her famous pet pig Larry Steve enjoying a cup of coffee and catching up on her favorite shows.