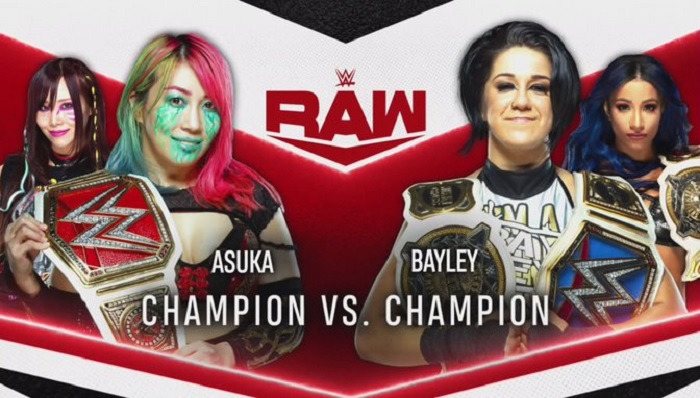 Asuka vs. Bayley set for 7/6 episode of Monday Night RAW

A big champion versus champion showdown has been announced by WWE for the second-to-last episode of Monday Night RAW before the WWE Extreme Rules: The Horror Show pay-per-view on 7/19.

RAW Women’s Champion Asuka is scheduled to defend her title against the other half of the WWE Women’s Tag-Team Champions, Sasha Banks, at the aforementioned Extreme Rules PPV.

Make sure to join us here on 7/6 for WWE Monday Night RAW results coverage from Orlando, FL!