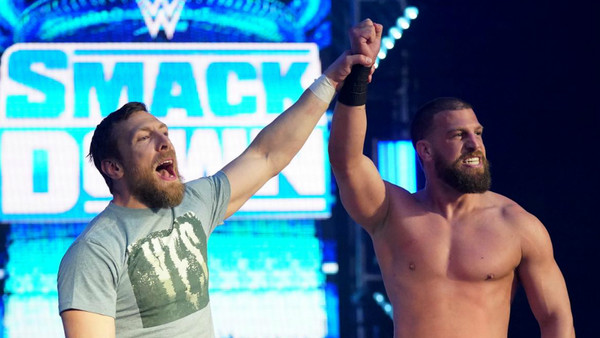 A large list of WWE Superstars have been released during the COVID-19 pandemic. Luke Gallows and Karl Anderson, Heath Slater, Zack Ryder, Kurt Angle, Deonna Purrazzo and more have been let go in regards to major budget cuts.

It was assumed from the get-go by many that, once everything settled down, many would get hired back to the company. Tom Colohue of Sportskeeda revealed in a report today that there’s currently a “short list” of talents WWE wants back.

“The WWE, including what’s just happened with Drew Gulak, have a short list prepared of names of people that have been released who they may want to rehire in the future after the coronavirus pandemic is lessened or at least is not so prevalent that they are able to do that without affecting their bottom line.

There are people they do not plan to rehire under any circumstances and people who did choose to leave and this is why they are not immediately trying to rehire Drew Gulak now, even though they have given a new contract to Ric Flair, and are looking at more legends they want to tie down, including the attempt to get Sting on a new contract now that it’s public knowledge that he’s not already on one.”

Sadly, when it comes to the company’s third brand, it seems that no talent from NXT is expected to be brought back.

“At the moment, the short list of people they want to bring back at some point in the future, or at least hope to be able to, does not include anyone who has been released from NXT thus far.”