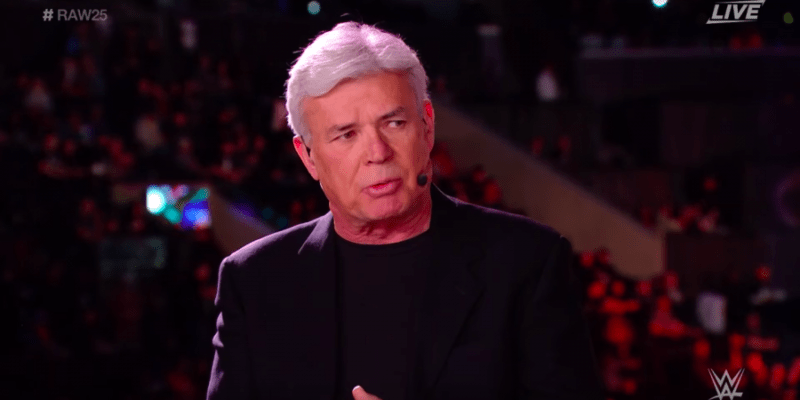 Eric Bischoff made his return to WWE last year. He was hired as the Executive Director for Friday Night Smackdown. However, he did not stay long as he was fired from his position after three months. Yet, there seems to be no animosity between the two parties.

According to a report by Fightful select, they have heard from WWE that there is no “ill will” between Eric Bischoff and the company. The company is open to working with him again in the future.

[WWE doesn’t] hold any ill will towards Eric Bischoff following his departure from the company a few months ago. They said that they’re even open to working with Bischoff again on the digital end of things and that he’s been good to deal with in the limited interaction they have had.

While Bischoff’s previous stint did not work out, nothing is impossible in the world of professional wrestling. So we might see him return to the company eventually. The door is certainly open.