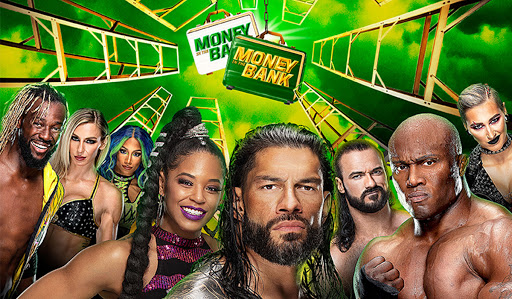 WWE seems to be planning at least one surprise for the upcoming Money in the Bank pay-per-view. There has been speculation in recent months about the former Raw Women’s Champion Becky Lynch returning to WWE when the company gets back to touring again.

Becky Lynch to return at Money in the Bank?

Mike Johnson of PWInsider.com recently reported that The Man is scheduled to be in Fort Worth, Texas for the Money in the Bank pay-per-view on Sunday. Johnson noted that it is still not confirmed if Lynch would be making an on-screen appearance or would be at backstage.

Here is what he noted:

“There is no word yet whether Lynch will be appearing on camera but as of this morning, she is slated to be in attendance at the PPV.”

Becky’s last WWE appearance was on the May 11th 2020 edition of RAW when she relinquished the RAW women’s title due to her pregnancy. It was the Raw after Money in the Bank pay-per-view, so thereby it would make sense for her to return at the pay-per-view to go after the title. Edge Drops WWE Retirement Bombshell

It is also to be noted that a spot is still to be filled for the Women’s Money in the Bank ladder match and who knows Lynch could be the surprise competitor if any other star is not announced on this week’s Friday Night SmackDown.