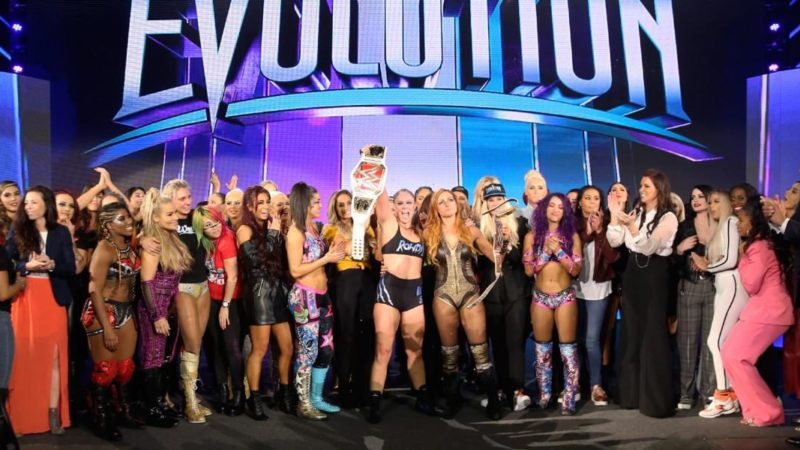 WWE could be bringing back one of their most critically successful pay-per-view events of recent times in 2020. This year has not been the best for the company, with the pandemic badly affecting the globe, however there might be some good news for wrestling fans as it appears that WWE is bringing back their women’s pay-per-view event Evolution.

In a report on Sportskeeda, Alex McCarthy has reported that WWE officials consider it a ‘no brainer’ to bring back Evolution. It was reported earlier that WWE was considering bringing back the event.

The report states that WWE could be bringing back Evolution around the time that SummerSlam takes place. It should be noted, Ronda Rousey has been missing since losing the RAW Women’s title at WrestleMania 35 and with Becky Lynch now pregnant, WWE is missing two of their top female stars.

“Sources told me that WWE is indeed exploring the possibility of Evolution 2 and given how easy it would be to run at the Performance Center, it seems like simple, low-cost content to produce during this difficult time.” – Alex McCarthy

IMPACT Wrestling released Tessa Blanchard last month, and WWE was rumored to be interested in signing her as we reported. Could this be the perfect opportunity for her to make her debut for the company?