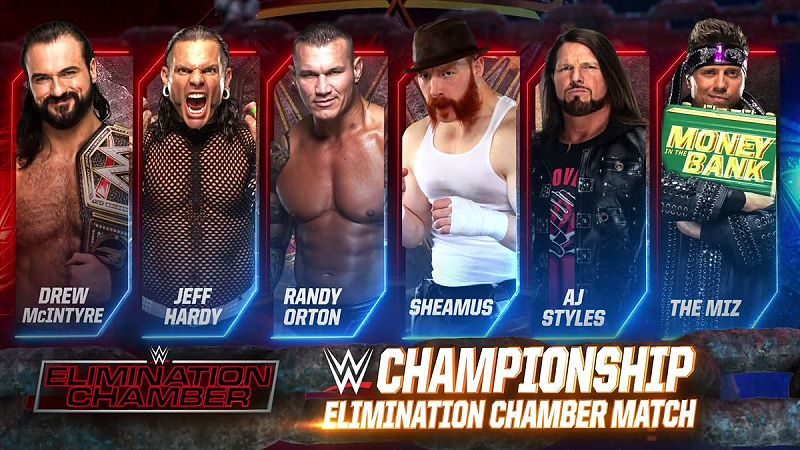 WWE Elimination Chamber is coming next Sunday, and a rumored womens Chamber match on the Smackdown side appears to have been canceled. RingsideNews.com had reported on the Womens Match rumor.

Dave Meltzer wrote in the Wrestling Observer Newsletter, “One would think they’d add a women’s chamber match, but as of midweek those in creative and outside of creative indicated negative on that at that point in time, and quite frankly, two of those matches on the same show is plenty.”

A new poster has been released suggesting that Roman Reigns will defend the Universal Title in an Elimination Chamber match. Drew McIntyre is scheduled to defend his WWE title in a Chamber match against Randy Orton, Sheamus, Jeff Hardy, The Miz, and AJ Styles.

Edge is rumored to challenge Roman Reigns for the Universal Title at WrestleMania 37, after having appeared on Raw to tease a Drew McIntyre match and NXT to tease challenging Finn Balor for the NXT title.

Edge appeared on Raw on Monday to announce he would wait until after Elimination Chamber to decide who he will face at WrestleMania for a world title due to the unpredictable nature of the PPV. Edge has a list of potential NXT opponents he wants to wrestle.