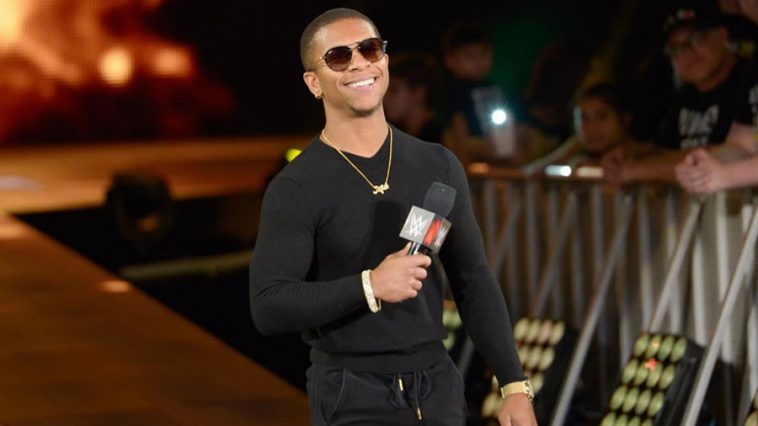 It is not unusual for WWE to plan for something then cancel it abruptly. Lio Rush was released from WWE back on April 15th, where more than a hundred employees were let go. He revealed some plans WWE had for the Intercontinental Championship, which did not end up happening.

Rush spoke to Fightful, mentioning that during his run with WWE, there were plans for him to win the Intercontinental Title. He revealed why that did not happen.

Lio Rush claimed that at one point during his run with Bobby Lashley, he was set to become Intercontinental Champion. The switch was planned during the Finn Balor feud, but he couldn’t remember why it didn’t pan out.

The two eventually broke up and Rush never became a champion.

The first-ever NXT Women’s Champion Paige is well-liked by fans and wrestlers alike, but she also has her fair share of haters. One particular fan wished she was dead on Twitter. This received a prompt reply. Here is what she said:

Wait so you wish death upon me? Well I don’t for you. I hope one day you finally build the confidence you so desire and become happy within yourself so you don’t continue to bring others down. Have a wonderful day.

Paige has battled her demons and come very far from where she used to be a few years ago. She is happy with where she is in life and that is the ideal situation for anyone to be in. 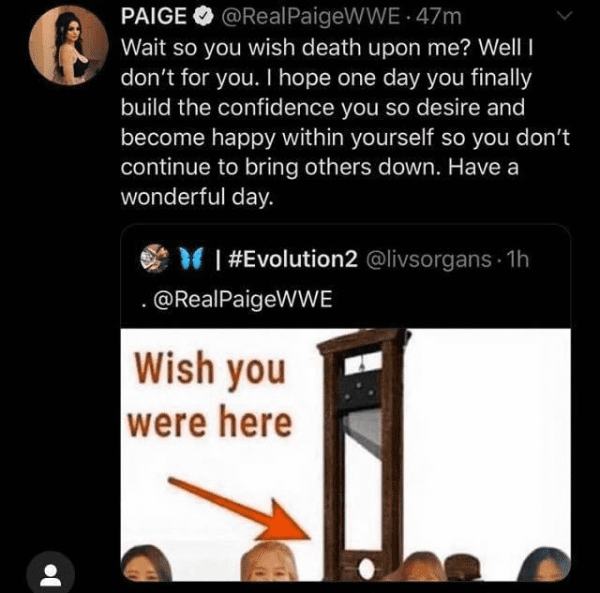