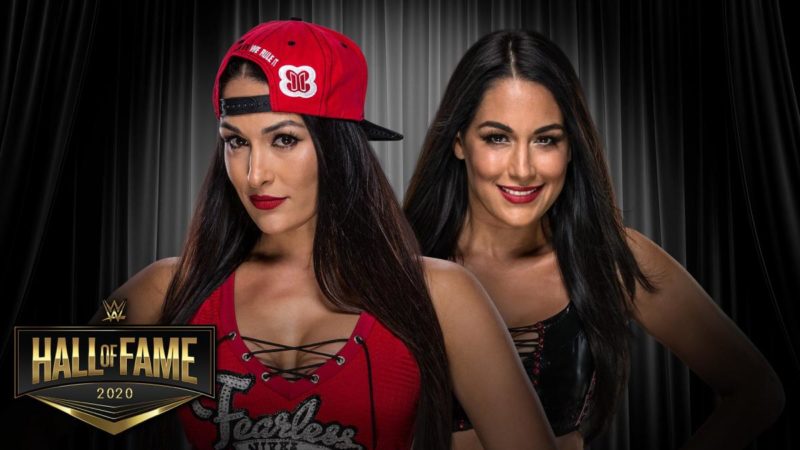 WWE is ripe with botches. Some are great and some are not-so-great. What is great to see is when WWE shows a botch that is so funny and harmless that it makes the internet start buzzing with laughter and shares. Bella Twins 2021 WWE Return Revealed.

WWE Network on Twitter recently have been pushing their move to Peacock TV heavily. Since they have created this push, they shared a photo of ‘The Bella Twins’ which was due to the fact that The Bella Twins were ranked on their ‘WWE 50 Greatest Women’ list.

While the post seems fine enough and nothing seems to be wrong to the untrained eye; Reddit cracked the case and made us crack up laughing as well.

Reddit slammed WWE network by stating comments such as “Brie Brie Mode Mode” and “I hope the next one is Nikki twice.”

There’s no telling how this got past everyone that runs the Twitter account, but if I had to guess, it’s because they’re twins. Couldn’t they just photoshop a picture of both twins together in the photo rather than pasting each individually? That’s above my paygrade to think that hard, I suppose.