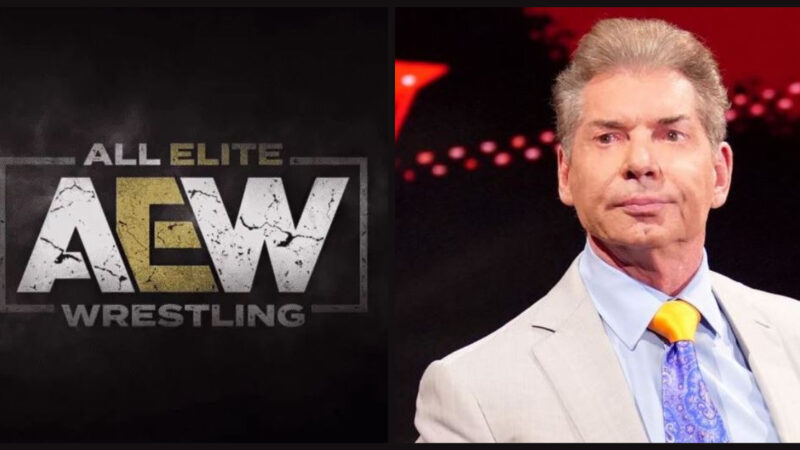 The former WWE NXT star Adam Cole had signed with AEW after his contract with WWE expired. He made his epic debut at AEW All Out pay-per-view. AEW Women’s World Champion Dr. Britt Baker was in attendance for the 2019 NXT TakeOver: WarGames where her boyfriend, Adam Cole, was involved in the Team Ciampa vs. Undisputed Era WarGames bout. Baker had become an Internet meme after WWE production crew cut to her shocked reaction when Tommaso Ciampa dropped Cole from the top of the WarGames cage through a table. Baker was also acknowledged as Cole’s girlfriend by Mauro Ranallo on commentary. Adam Cole was also previously threatened with AEW suspension.

According to several reports, the replay of the 2019 WarGames on Peacock no longer includes the close-up shot of Baker, and instead cuts to a longer shot of the carnage inside the ring. A fan on social media pointed out the same, tagging Baker to his post. As seen in the screengrab below, Baker took a jab at WWE with her response: 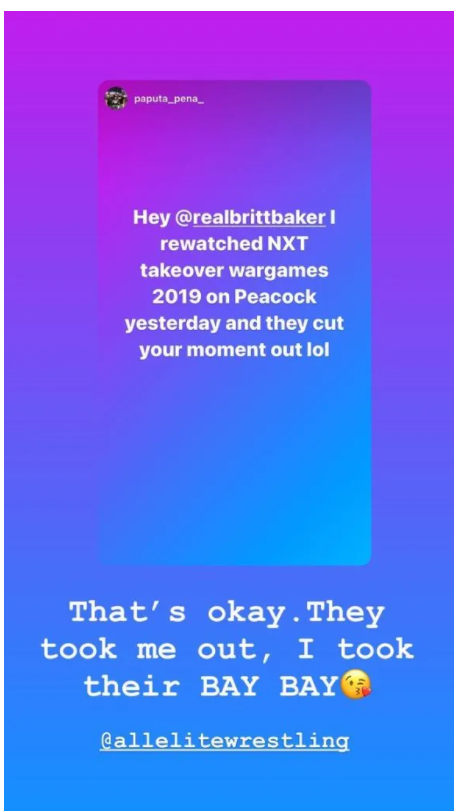 It should be noted that by November of 2019, Baker was already one of the mainstays of the AEW roster, and was just visiting the WarGames event to watch Cole in action. She was also caught on camera sitting next to Stephanie McMahon at the NXT Takeover: XXV event in June 2019.

Speaking about Cole, he recently reunited with his Undisputed Era member Kyle O’Reilly, who showed up during the closing moments of AEW Dynamite ‘Holiday Bash’ opening match, featuring Adam Cole and Orange Cassidy. Just when it looked like the latter was on the verge of winning, O’Reilly came to the rescue of his former Undisputed Era stablemate and helped him win the match.

Adam Cole looked a little anxious when he came across O’Reilly in the ring, they later came together, with Bobby Fish joining them to take down the Best Friends. When Adam Cole and Kyle O’Reilly were last together in WWE NXT, they were embroiled in a bitter rivalry.