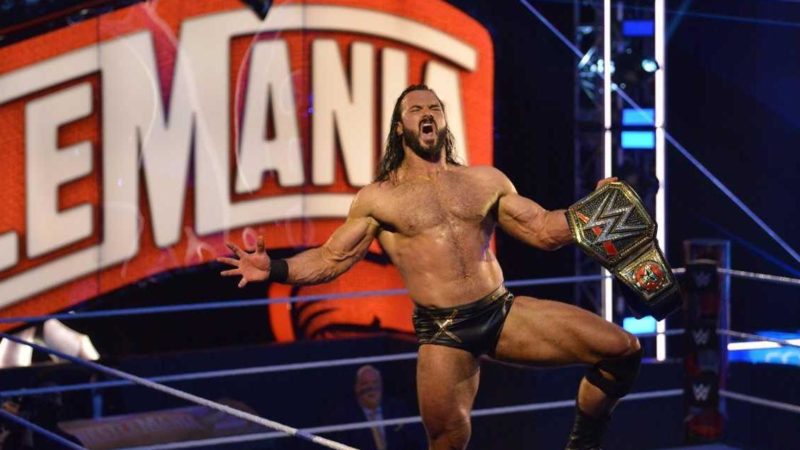 WWE Champion Drew McIntyre recently made a challenge to the biggest movie star on the planet. The Rock saw himself get called out by the Scottish born Superstar, with McIntyre wanting to face ‘The Great One’ in his home country. The following comments are from Glasgow Times.

“There was a time I was doing nothing, really, and TMZ asked him (The Rock) who he thought was the next breakout star. And he picked me, which really inspired me and fired me up. I appreciated that and it gave me motivation. Then to see WWE posted an image of Dolph Ziggler with the title, and Rock backed him up! That hurt my one feeling I’ve got left.”

Before McIntyre’s recent win against Dolph Ziggler, the ‘Showoff’ posted a tweet showing a photoshopped image of Ziggler with the WWE Championship. The Rock endorsed this, and that is why McIntyre decided to challenge Dwayne to a bout.

“I thought, ‘What would Rock do in this situation?’ If this was 1998/99, what would he say? I thought, screw it. I’m the champion, I don’t back down to anyone, even The Rock. My phone exploded. I’d love to face The Rock anywhere, but if there was one place on earth it would be a WrestleMania at Ibrox. That would be great for personal reasons.”

The Ibrox Stadium in Scotland is home to Rangers FC, one of two of the biggest football teams in the country (alongside Celtic).

“It would probably have to be Hampden, we’d need somewhere massive. If he chose to come back for a match, as the biggest Box Office attraction in the world, wow. Come on, Rock, give me that match.”

Do you want to see this match? Let us know in the comments