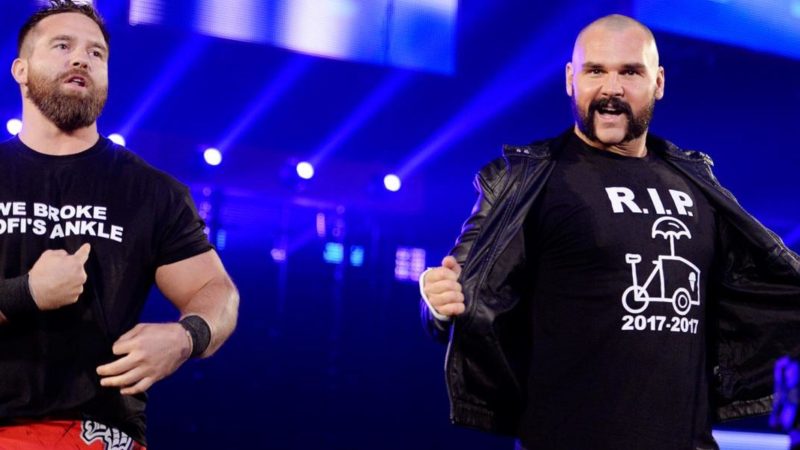 We noted before how there were reports of one-half of the Revival Scott Dawson suffering a shoulder injury, and now WWE has confirmed that the former NXT Star has been injured.

The company posted a story on their official website revealing that the injury occurred during a tag team match of The Revival at a recent WWE Live Event against Sheamus and Cesaro.

Though while it has been stated that he will most likely be requiring surgery, no time frame was revealed by WWE.com regarding his recovery or return:

“[Dawson’s] injury is consistent with a ruptured right distal biceps tendon,” WWE Senior Ringside Physician Dr. Chris Amann told WWE.com. “He will be seen for a surgical consult early this week with the treatment most likely requiring surgical repair.”

Meanwhile the other half of the tag team Dash Wilder, who recovered from an injury himself recently, commented on twitter saying that they are still the best tag team on the planet:

One arm. Broken jaw. Doesn’t matter. We’re still the best tag team walking the planet. You can delay us, but you can’t stop us.

We’ll keep you posted on any further development in the situation. You can read the full story here.