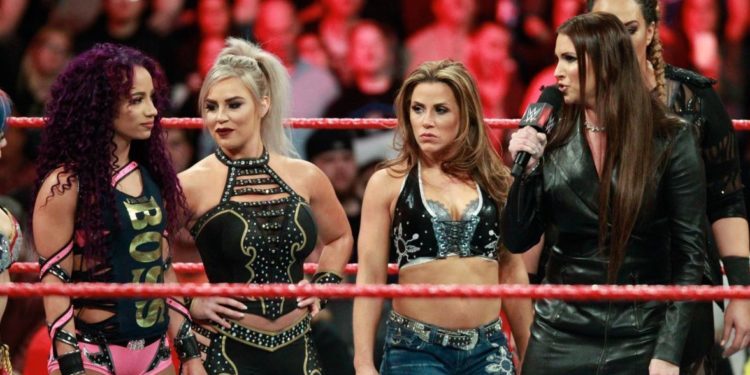 One of the main criticism faced by the Greatest Royal Rumble event was the lack of Women talent on the show because of the cultural restrictions of Saudi Arabia.

However, it appears that the company is trying to make up for this by planning a show featuring only the female competitors for later this year.

According to Ryan Satin of Pro Wrestling Sheet, while it’s not set in stone yet, the company Officials are seriously discussing an ALL Women show for late September or early October.

At the point, it’s unknown what kind of event it will be. It could be a network special or a mega live event something in the lines of the UK Tournament or the recent MSG show or it could even be a full-fledged PPV.

Satin also mentions that since the roster for this event is not decided yet, it’s possible that the women from NXT or even some indie talents could be a part of it.