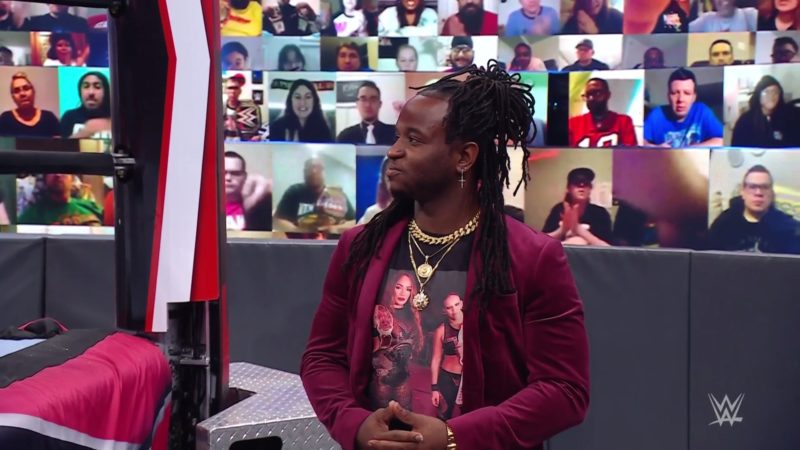 WWE SmackDown star Carmella was previously paired with Reginald on Friday Night SmackDown when she had returned. Though she seemed fine with the idea on-screen, it turns out she was against the idea.

Carmella opens up on pairing with Reginald

She said she had not planned to have Reginald in her corner.Carmella was the latest guest on Out of Character with Ryan Satin where she opened up pairing with Reginald.

The former WWE Money In The Bank winner revealed that the original idea was something else. She had pitched for her to have a bodyguard, but instead WWE decided to pair her up with a sommelier. WWE ‘Fake Stunt’ At Hell in a Cell Leaks

Here is what she had to say:

“I wanted to have a bodyguard, and they were like, ‘We’ll get there, and then one day I show up, and I have a sommelier. I’m like, ‘What is happening? I didn’t pitch for a sommelier, but let’s do it.’ We thought it was a one-time thing, and he ended up sticking around, and now he’s on RAW,” Carmella said.

Regi was eventually fired by Carmella, and now he is currently working on Monday Night RAW. He has joined forces with Nia Jax and Shayna Baszler, with The Queen of Spades seems to dislike the sommelier on screen.