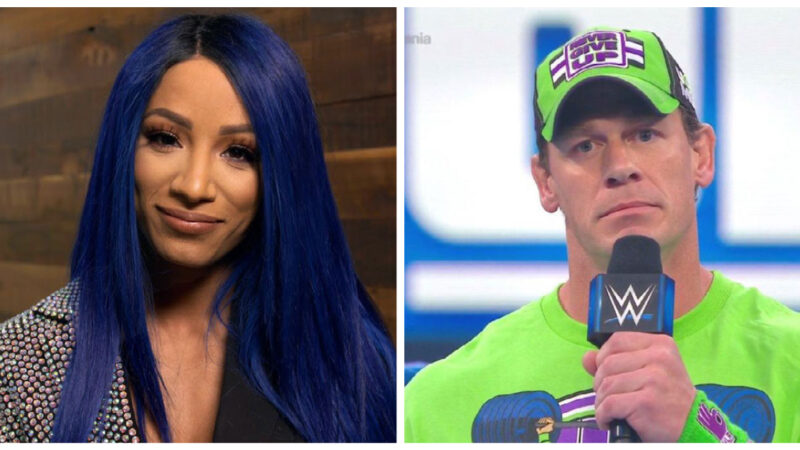 Bayley has posted a photo with John Cena and Sasha Banks to mark Cena’s 20th anniversary in WWE, as seen below. Sasha Banks defended her Smackdown Women’s Championship against Bianca Belair on Night One of WrestleMania 37, in its main event. It was a historic match as the two competitors gave it their all including the kitchen sink to win the match. Ultimately, it was Bianca Belair who emerged victorious in the title match and became the new Smackdown Women’s Champion in the process. The two also had a genuine moment where they shed tears in the ring. Sasha Banks also leaked a photo after cancelling a match.

The latest report comes from Mike Johnson of PW Insider. He noted that Sasha Banks and Naomi are still listed on WWE’s internal rosters.

“For those who continue to ask, as of this morning, Sasha Banks and Naomi remain listed on the active WWE roster internally.  There has been no change in their status made internally since they walked out on that Raw taping several weeks ago.

Neither have been officially released.”