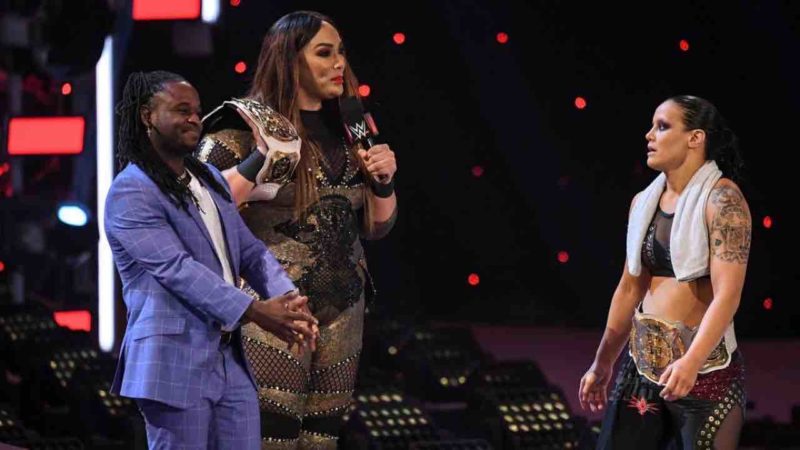 Reginald has been off of anything pertaining to WWE for almost a month now. What we do know is that Reginald originally started missing time due to being sick. It was never confirmed if Reginald was positive for Covid, but WWE makes all superstars follow a loss of fourteen days if they are sick by any means at all.

Vince McMahon may not be too happy with Reginald getting sick enough to miss WrestleMania and Vinny Mac may be doing his classic part by burying the superstar by writing him off completely.

On the April 19th episode of Monday Night Raw, we were presented with a backstage segment where we saw Mandy Rose and Dana Brooke being interviewed about making fools out of Jax and Baszler. The interview was quickly cut short as Jax stormed in and broke it up. As Jax started speaking, Baszler went nose to nose with Jax and telling her to “get her head in the game or else”. As Baszler stormed off, Angel Garza told Nia Jax that she “can do better than that clown, Reginald”.

It seems like WWE may be breaking up the Jax camp very soon.