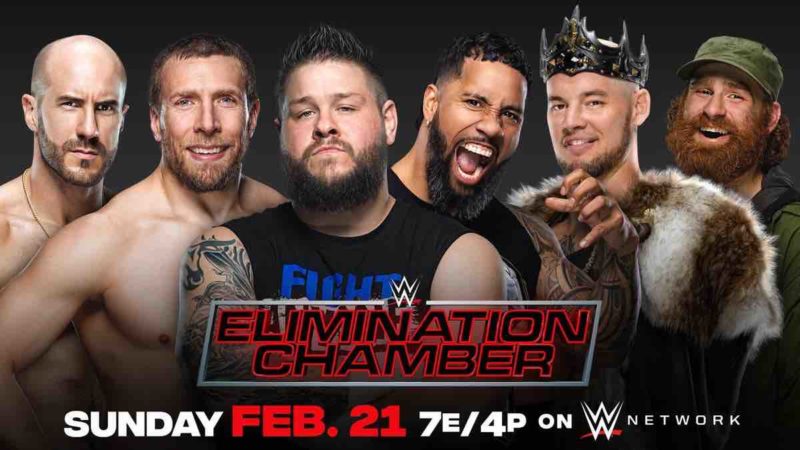 WWE Elimination Chamber is tonight, and WWE reportedly have tentative plans for winners. On the latest episode of the “Nitty Gritty Dirt Show” on RussosBrand.com, host Billi Bhatti and former WWE writer Vince Russo, discussed how the current plan for Seth Rollins will be facing Cesaro in a feud, and that the plan, though it could change, is for Cesaro to win the Elimination Chamber match tonight, and then lose to Roman Reigns. Wrestling-Edge transcribed Bhatti’s comments below. A list of ‘odds’ may have spoiled the winner of Drew McIntyre’s Elimination Chamber match.


Bhatti: Cesaro is now taking the win at the Chamber, where he goes through the whole Chamber and then lose to Roman Reigns who is fresh, and it looks like he’s got the feud with Seth Rollins. Seth Rollins has the feud that Daniel Bryan was supposed to have just before WrestleMania to build him up for Roman Reigns. So, I don’t know what’s going on because you have three guys here – you have Cesaro being built the way Bryan is supposed to be built and you have the seventy one percent poll that says Roman Reigns should face Edge.

In other news revolving around Seth Rollins, ‘The Messiah’ of WWE discussed potentially getting new entrance music on a recent edition of the highly successful WWE program, The Bump. Rollins stated the following on the show.

“It’s weird…I don’t know that it fits as much with the [Messiah] character, but we’ll see what happens. Who knows? We might have a third music on the incoming. Not to give away any spoilers, but yeah, we used the ‘Burn It Down’ that night, and we’ll see where we go from here. I don’t know what the future holds, but it was good for one night to have the hot flames behind me.” A top WWE champion ‘can’t wrestle’ at Elimination Chamber.