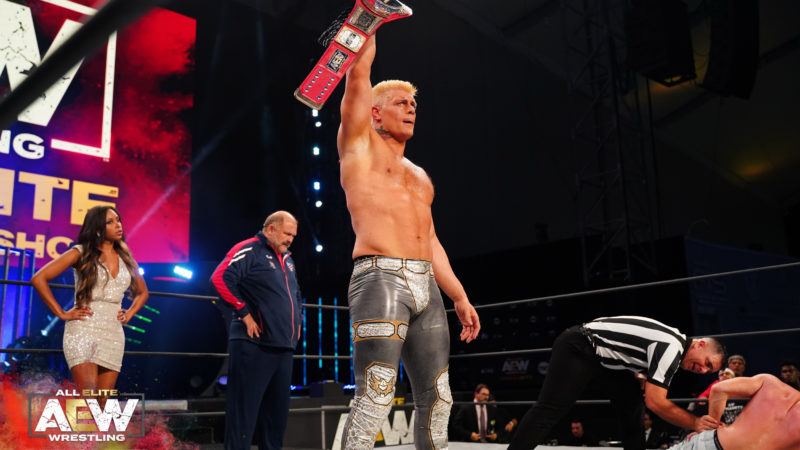 AEW TNT Champion Cody has been trying to free his old ring name from the grasp of WWE for some time now. On April 13th this year the “Cody Rhodes” trademark officially expired, and Cody moved in on filing for it.

WWE attempted to block it, but it seems they’ve decided to drop it at this stage. HeelByNature.com has revealed that the company has filed a cancellation notice with the US Patent and Trademark Office regarding the trademark. With that, Cody will more than likely get his name back. He has until January 2021 to do so.

Cody had stated before that he held no grudges with WWE regarding the issue, as they stood to make big money off of his brand and it’s a pretty easy business decision.

At AEW Full Gear, Cody will put the TNT Championship up against Darby Allin.