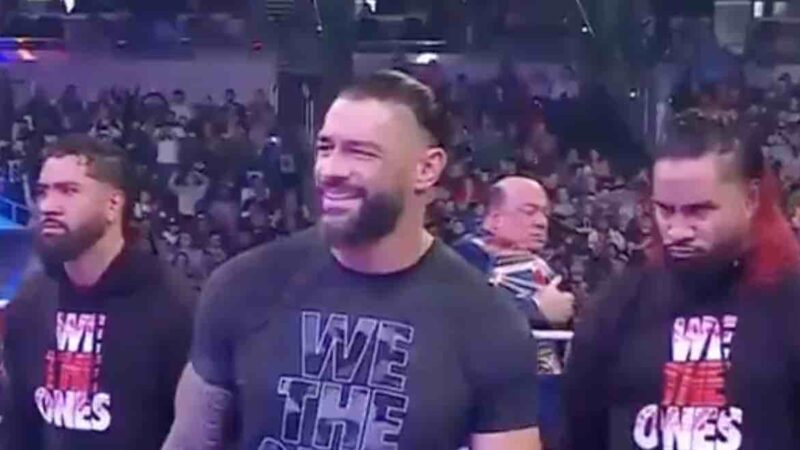 In an interview with the Talk Is Jericho podcast in 2021, Lana revealed that Reigns and Nia Jax had a “major pushback” backstage:

“We were supposed to do this whole table spot on the show, and then Roman did not want that because he had a table spot with [Drew McIntyre]. There was some major pushback between the Samoans, Nia and Roman. I’m caught in the middle. We had a huge spot. […] So the whole table spot got taken out, and then Vince thought it would be hilarious if I didn’t get in the match at all.

Nia would not let me get in at all, and then I win because everyone gets eliminated, and he thought that was the most hilarious thing. Shane McMahon thought it was hilarious. They’re like, this has never been done before.

I get that business side of it all, but it was really dramatic. There was all this stuff happening. I’m crying in a corner because I’m like, I just want to wrestle. I’m calling Nattie. ‘Nattie, I’m hiding in this corner and crying. I just want to wrestle. I want to prove myself,’ and Nattie’s like, ‘You’re still winning? Who cares?’ And I’m like, ‘No, I want to prove myself.’ TJ [Wilson] really wanted me to get in and wrestle a little bit […] He had to even fight for that with Vince