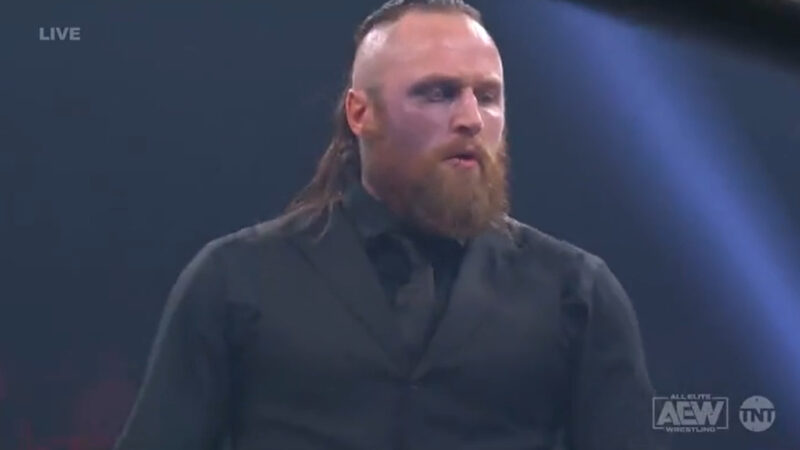 In a shocking turn of events during tonight’s special ‘Road Rager’ edition of AEW Dynamite fans were treated to the debut of a new superstar – Tommy End, known to sports entertainment and professional wrestling audiences as Aleister Black debuted by attacking both ‘The American Nightmare’ Cody Rhodes as well as his coach ‘The Enforcer’ Arn Anderson. Aleister Black recently revealed this Zelina Vega bombshell.

It was also revealed that End’s name going forward will be not too far off from his WWE ring name – Malakai Black.
In addition to this development, recently released WWE superstar Buddy Murphy congratulated Black for his debut and potentially hinted that he could very well be on the way to All Elite Wrestling as well. On social media via Twitter Murphy stated to the new AEW star, teasing an AEW match, “Congrats!…. But don’t forget about me! How’s the eye”

Murphy ‘damaged’ the eye of Black during his time in WWE during the July 27th 2020 edition of WWE Monday Night Raw.

On Twitter, fans reacted to Malakai Black’s debut on AEW programming. One fan known as @ThatWreslindude stated: “WWE really fucked up on releasing Malakai (Aleister) Black. They really spent weeks on vignettes with him just to get released after black massing Big E. Can’t wait to see what he does next in AEW”