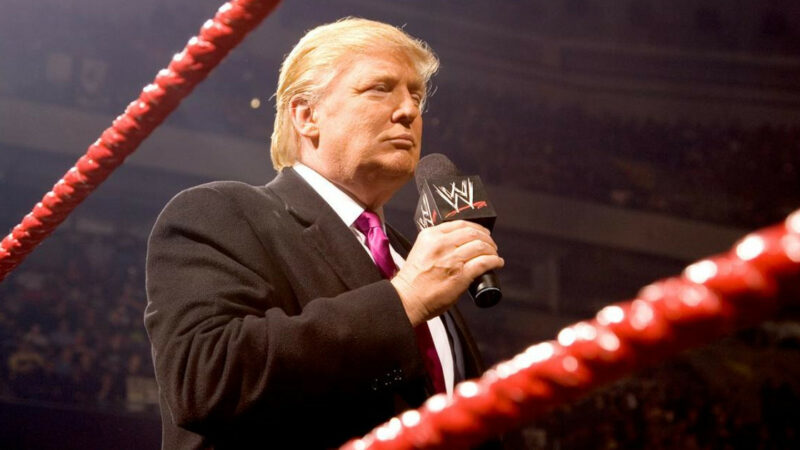 It’s finally happening. The star of WrestleMania IV 1988, V 1989, Donald Trump mania is about to explode. Rumors are circulating regarding the former US President. That’s right. Former President, and the WWE title. A belt once held by Hulk Hogan, Macho Man, and the Ultimate Warrior.

According to Ringside News, Former US President (if you can believe that) Donald Trump remains one of the most controversial characters / actors in the world. Be that as it may, the Trumpster certainly loves professional wrestling, as he has been involved with WWE since the nineteen eighties. In fact, wrestling belts were discovered in his storage unit in Florida. Some may have been signed by his fellow Floridian, Terry Bollea aka The Huckster, Hulk Hogan. Brother.

According to a report by The Washington Post, lawyers for Donald Trump discovered at least two items marked classified after an outside team hired by Trump searched a storage unit in West Palm Beach, Florida. Those items were turned into the FBI. As revealed by people who were aware of what was going on, the search was one of at least three searches being down by an outside team of his properties for classified materials.

“It was suits and swords and wrestling belts and all sorts of things. To my knowledge, he has never even been to that storage unit. I don’t think anyone in Trump world could tell you what’s in that storage unit.”

There you have it. Trump may have stolen WWE property. Who knows. Perhaps he wore the belts in his home and stood in front of his mirror pretending to be WWE world champion. Had Vince Russo been running the WWE madhouse in the early 2000’s, he probably would have really become champion as part of the storyline.