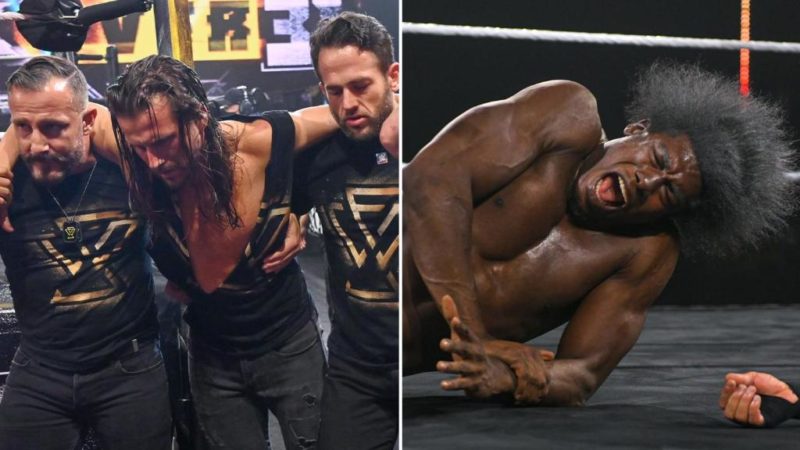 NXT TakeOver 31 concluded recently and it was a night of great matches and memorable moments. However, it seems a few Superstars suffered injuries during the event. Now two more Superstars have been added to the injury list.

WWE officially announced that Adam Cole suffered an injury after the brutal attack he suffered during the end of the TakeOver event. He was decimated by Ridge Holland and it was said that he suffered broken ribs and contusions.

Velveteen Dream also got injured during his match against KUSHIDA. It was said he suffered a fractured wrist. No timetable for their returns has been given as of yet.

Adam Cole and Velveteen Dream are both listed as injured following the events of NXT TakeOver 31, WWE.com has learned.Cole suffered broken ribs and contusions due to an apparent attack suffered at the hands of powerful newcomer Ridge Holland. Holland dropped Cole’s limp body at ringside following the conclusion of the NXT Championship main event between Finn Bálor and Kyle O’Reilly, prompting his fellow Undisputed ERA members to call for immediate medical attention.

Velveteen Dream, meanwhile, suffered a fractured wrist after facing Kushida at TakeOver 31. Kushida forced Dream to submit to the Hoverboard Lock and then continued the onslaught after the bell, armbarring Dream until officials interjected. Despite the injury, Dream is medically cleared as tolerated.

These injuries are on top of the previously reported injuries incurred by Bálor and O’Reilly during their intense and acclaimed title bout. Get updates on both Superstars’ condition this Wednesday on NXT on USA.