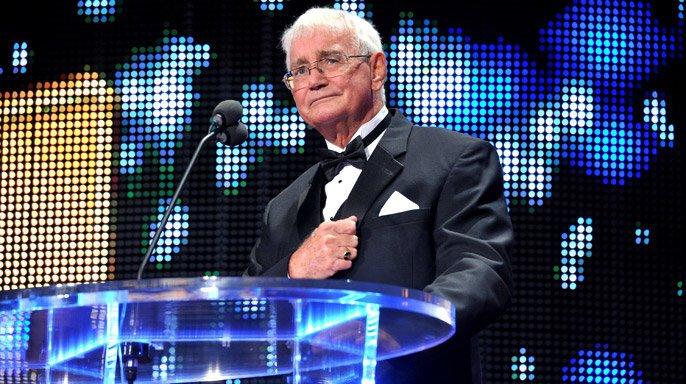 Former wrestler and backstage producer Scott Armstrong took to his Twitter earlier yesterday to reveal that his father, WWE Hall of Famer “Bullet” Bob Armstrong, has passed away at the age of 80.

It is with a very heavy heart we announce the passing of our Father and @WWE Hall of Famer “Bullet” Bob Armstrong. Information regarding funeral arrangements will come at a later date.

Reports of Bob’s failing health had made rounds on the internet earlier this year. The legendary wrestler was battling cancer in his final days and succumbed to it yesterday.

He is the father of pro-wrestlers Scott Armstrong, Brad Armstrong, Steve Armstrong, and Brian James/Road Dogg. His monumental career spanned five decades and he left behind an incredible legacy.

The wrestling world mourned the loss of Bullet Bob Armstrong on Twitter. WWE took to their official Twitter handle to address the demise of the legendary pro-wrestler.

WWE is saddened to learn that “Bullet” Bob Armstrong, a WWE Hall of Famer and patriarch of the legendary Armstrong wrestling family, has passed away at age 80.https://t.co/VC0Lzr0RGO

Triple H who is good friends with Bob’s sons Scott and Brian, sent out his condolences to the entire Armstrong family.

.@StephMcMahon and I are thinking of the entire Armstrong family at this difficult time as they mourn the death of @WWE Hall of Famer and patriarch of the Armstrong family, "Bullet" Bob Armstrong. @WWERoadDogg @WWEArmstrong

Former WWE Superstar CM Punk shared an old picture of himself with Bullet Bob and remembered the Hall of Famer’s kind and helpful nature.

Bullet Bob. Always so nice to me. I’d like to think he saw how thrilled I was whenever I got to speak with him, which fortunately for me was often. Here is a rare picture of him with sleeves on his shirt. Condolences to your family @WWEArmstrong. Your father is a legend. pic.twitter.com/Un9Yn7Rle6

The world of pro-wrestling has lost one of it’s brightest stars and the entire community mourns the demise of WWE Hall of Famer “Bullet” Bob Armstrong. We at wrestling-edge offer our condolences to the Armstrong family in these trying times.