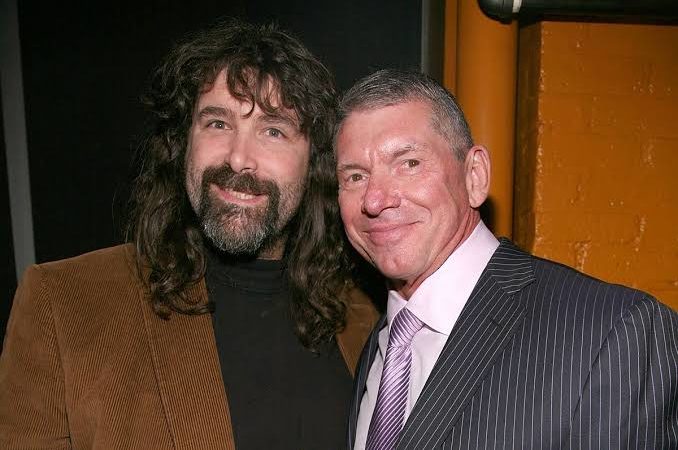 Mick Foley, the former WWE star recently had a meeting with WWE Chairman, Vince McMahon. As per the reports, they had a secret meeting, details of which have not been revealed yet.

Alex McCarthy of TalkSPORT recently took to Twitter and he claimed that the former Hardcore Champion revealed to him that he had a meeting few weeks ago with Vince McMahon secretly. He further mentioned that the details will be revealed soon.

“Mick Foley told me yesterday that he met with Vince McMahon just a few weeks ago for a ‘top secret meeting’ and details will follow soon.

Mick Foley had made the Hell in a Cell gimmick match famous and the pay-per-view which is right around the corner makes the fact of his return more interesting.

ALSO READ: Vince McMahon told Chris Jericho that no one cared about the Intercontinental Championship

WWE is a world of unpredictability and you never know what is in the store. Foley had made his return back in 2019 when he unveiled the new championship title called 24/7 Championship. He had also expressed his desire to face R-Truth but was attacked by ‘The Fiend’ Bray Wyatt.

Fans have started speculating about what to happen next.