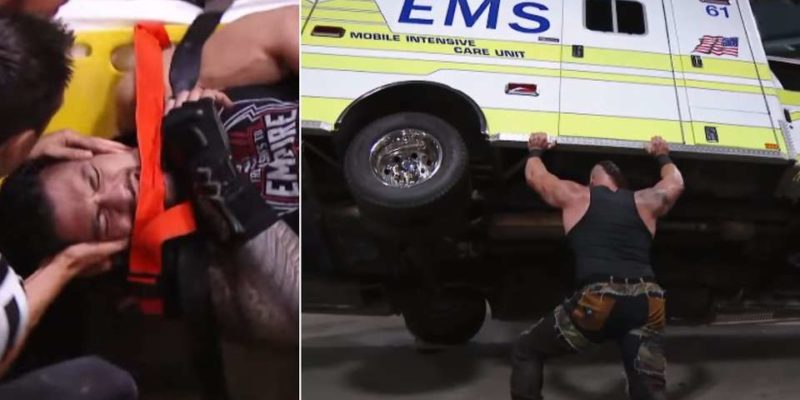 The WWE announced the following:

In addition to suffering cracked ribs and internal injuries at the hands of Braun Strowman during The Monster Among Men’s savage assault on Monday, Roman Reigns is also recovering from a separated shoulder, WWE.com can now confirm.

Following a brutal series of attacks that culminated with Strowman hurling Reigns off a loading dock while The Big Dog was strapped to a gurney, local EMTs rushed the battered former WWE Champion into the back of an ambulance. Still unsatisfied by the carnage he had wrought, The Monster Among Men further pummeled the defenseless Reigns before using his superhuman strength to overturn the emergency vehicle with The Big Dog still inside it. Once Strowman had cleared the scene, a second ambulance took Reigns to a local medical facility for treatment and evaluation.

Stay with WWE.com as this story develops.