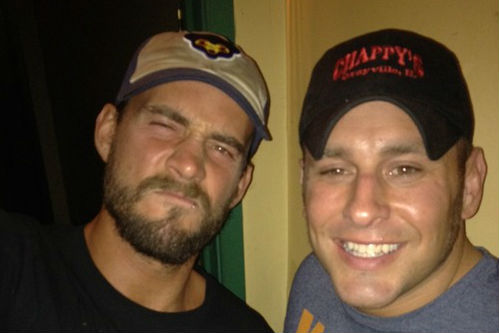 Following more details from WWE Doctor Chris Amann’s lawsuit against CM Punk and Colt Cabana being released. Punk stated on August 24th in a court filing that he “is informed and believes” the following:

“…that WWE and Dr. Amann collaborated, coordinated and conspired with the WWE in bad faith to prepare, bring and pursue this lawsuit in retaliation against Brooks and Colton for the embarrassment that the Podcast caused the WWE through and as a result of Brooks’ candid and truthful discussion of various of his experiences as a WWE wrestler, despite the fact that the Plaintiff knows full well that the statements about which he complains are true and/or substantially true.”

WWE has since issued the following statement:

“Phil Brooks’ latest claim that WWE directed Dr. Amann to file a lawsuit against Brooks is categorically false. Dr. Amann made the decision to file suit in order to protect his professional reputation. WWE conducted its own investigation into this matter and found no evidence of wrongdoing by Dr. Amann, and thus continues to support Dr. Amann and the staff that runs our world-class medical program.”