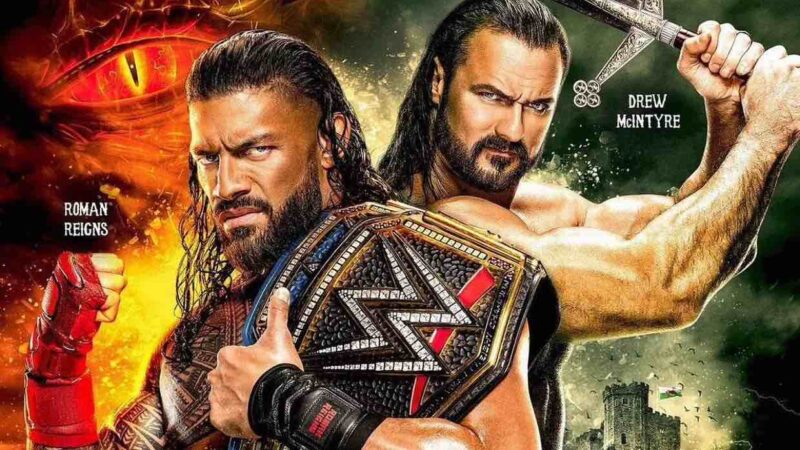 WWE’s Clash at the Castle happens this Saturday in Cardiff, Wales. The company has planned some excellent surprises for the WWE Universe in attendance and at home. According to Wrestling Observer Newsletter, there’s a rumoured presence of a wrestling manager in the city. You guessed it right, as Paul Heyman is in Cardiff, spoiling his return. He has not been on TV for a considerable time. Whether he would walk Roman Reigns to the ring or not is still a question. WWE knows that Paul Heyman is one of the best minds in the business. He has worked in different roles with the company.

Paul’s not been on TV since Brock Lesnar F5ed him through the announcer’s table at SummerSlam. The Wiseman has sold the storyline well with his absence, and Sami Zayn has filled his space to perfection. It would be interesting to see if Heyman vs Zayn’s confrontation on the outside distracts The Tribal Chief and if he loses the title to Drew McIntyre.

Heyman’s storytelling style never got the light of the day when Vince was in charge. He got removed from his creative duties during that time. The new regime is about opportunities, and we may see them give Heyman the freedom he seeks. This freedom will serve SmackDown and WWE in general, as Paul knows how to get everyone’s attention.

A Monday Night Raw incident is enough to tell us about his abilities. It was a moment when he was on the mic with Brock Lesnar, and a fan proposed in the audience. The girl said Yes, and the ‘She Said Yes’ chants started amid his promo. It was a situation that would have deterred others from speaking anything beyond the script. Heyman used this moment to build his promo and delivered a line that confirms his brilliance.

Do you think Paul Heyman would turn on The Tribal Chief, or will he let someone else do that for him? Sound off in the comments.

Can @DMcIntyreWWE be the one to vanquish Undisputed WWE Universal Champion @WWERomanReigns at #WWECastle? @visitwales

WWE Clash at the Castle streams LIVE from @principalitysta this Saturday at 1 PM ET / 10 AM PT on @peacockTV in the U.S. and @WWENetwork everywhere else. pic.twitter.com/e4b1IQGJns