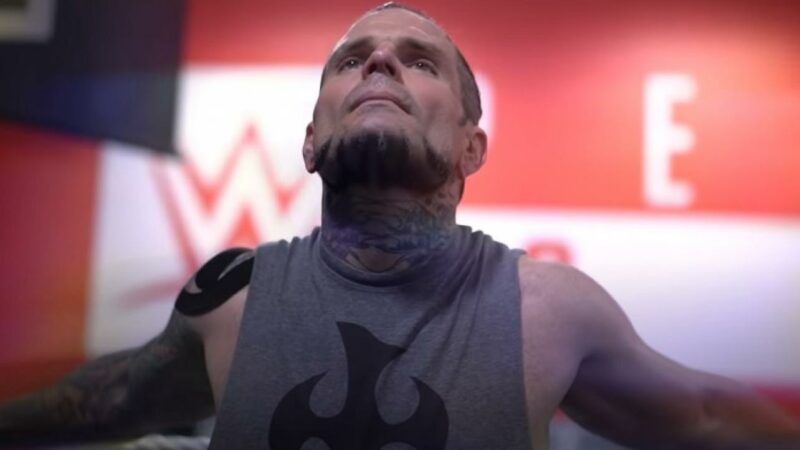 AEW star was arrested and hit for having a BAC of .294 during his recent arrest. The video clip of his arrest also surfaced the social media. A court date was set up for June 14th after he posted bail on June 13th. As per the reports, Jeff Hardy’s appearance in court has been cancelled. 1st Coast Bail Bonds & Surety handled his $3,500 bond. It was noted how his family has been dragged to the matter as well.


He has had a history of DUI arrests and his struggles with drugs and alcohol. This matter has been well documented over the years and the nightmare is not over for him. Fans had hoped that he cleaned up, but that is seemingly not the case. His brother Matt Hardy had talked about the issues.

Bill DeMott, the former WWE star and trainer quite active on Twitter and shares his thoughts. He had called out WWE to remove Tammy Sytch from the Hall Of Fame permanently. He recently commented on the arrest

Bill DeMott wants the bail of Jeff Hardy to be revoked

DeMott took to Twitter to call for Jeff Hardy’s bond to be revoked. He called him a danger to the community. It was pointed out that Jeff is also a habitual offender.

“The @KADFoundation1 calls for no bond, this #RepeatOffender needs to be held accountable and it’s clear the community is NOT safe with him out on bail!” 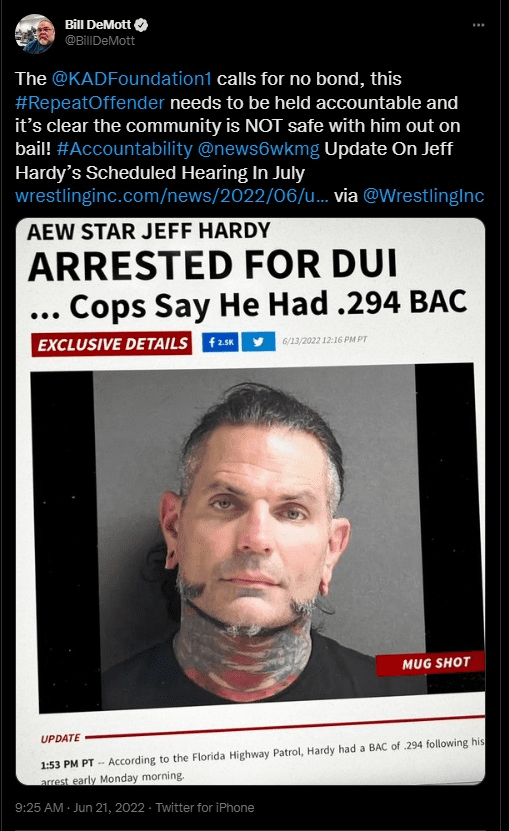 Demott had previously expressed his anger with the situation as well. Jeff Hardy was booked to team up with Matt Hardy and compete in a ladder match with The Young Bucks and The Jurrassic Express in a Ladder Match for the AEW Tag-Team Championships. However, The Hardy Boyz were pulled out from the clash as the other two teams battled for the titles.