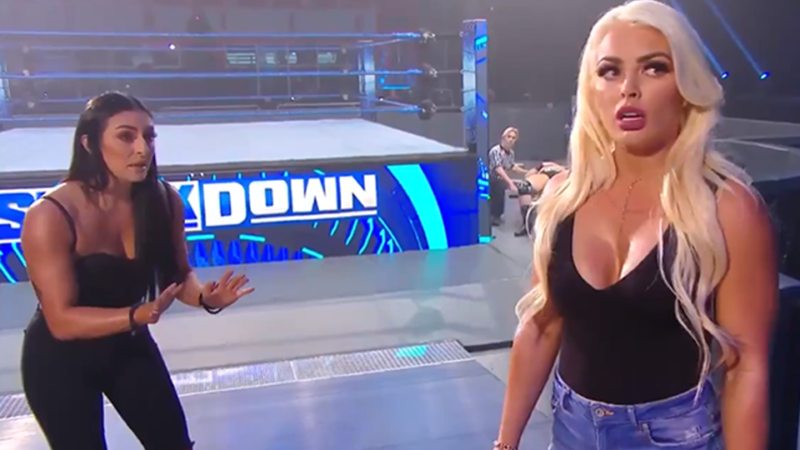 WWE tried running a lesbian storyline on television with Liv Morgan and Lana. However, it was noted that the angle was made only for shock factor. WWE had no intention of following up the storyline. Sonya Deville certainly wants a lesbian angle on WWE television.

Deville spoke to the New York Post, where she mentioned she gets the feeling a lesbian storyline for her is in the works in WWE. There is a chance it might even happen this year, but nothing is certain.

“I think anything’s possible. Especially this year, I don’t rule it out at all. Like I’ve said in the past, inclusion is important in every aspect of life, including sports entertainment, and I think that the company would agree on that. I think it’s definitely a possibility this year.”