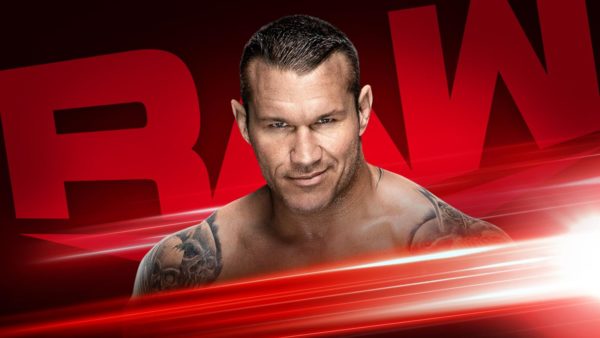 Welcome to Wrestling-Edge WWE Monday Night RAW Post-Backlash 2020 Edition for June 15, 2020 airing LIVE from the Performance Center in Orlando, FL, with a crowd of PC talent behind Plexiglas (due to social distancing for the safety of fans and performers alike amid the Covid-19 global pandemic) on the USA Network beginning at 8:00 p.m. (Eastern Time)!

Featured below are complete results of the June 15, 2020 Post-Backlash edition of WWE Monday Night RAW from the WWE Performance Center in Orlando, FL written by Wrestling-Edge’s newest female reporter, Jamie Rush. Follow me on Twitter @JamieRush312.

As the Then, Now, Forever opener fades out, we see the Performance Center trainees applaud as the show goes live for tonight’s June 15, 2020 Post Backlash 2020 edition of WWE Monday Night RAW!

On commentary from ringside, we are welcomed by Tom Phillips, Samoa Joe, and Byron Saxton for the June 15th edition of Monday Night Raw!

The WWE Universe is informed that we’ll see Drew McIntyre & R-Truth vs Bobby Lashley & MPV later tonight! Asuka and Nia have a rematch for the title, and we’ve learned that Dominick Mysterio has accepted Seth Rollins’s invitation!

I hear voices in my head, they counsel me, they understand, they talk to The Viper, fresh off “The Greatest Wrestling Match Ever” victor, Randy Orton makes his way to the ring. We are informed that Edge suffered a torn tricep in his loss to Orton last night and they show a detailed photo of the injury.

Randy tells us that he defeated, buried, and destroyed Edge. Orton then added he also gave him closure. He says that when Edge returned, Randy knew that Edge could never be as good as he was. All Edge needed to do was trust Orton, just like how Orton trusted him years ago when Edge saved Orton from his own self destruction.

Orton points out that at WrestleMania that he wasn’t the “Last Man Standing”, but tonight he is after the greatest wrestling match ever according to the WWE, which makes him the greatest wrestler ever and he doesn’t need a title to prove it.

Orton wants to thank Edge for reminding him of who he is, and it felt good being the Legend Killer again. He says he wishes Edge were there to face him man to man, but he tore Edge’s triceps clean off the bone.

He says he knows Edge is in some god-forsaken hospital on an operation table while a team of doctors try to reattach the muscle to bone. Seems Edge has another mountain to climb, and Orton said he hopes that Edge reaches the peak of that mountain. Orton says he hears Edge will be cleared in July…July of 2029, and hopefully their paths cross again in nine years. The crowd boos this.

Christian’s music sounds as he makes his way down the ramp and to the ring to confront the Viper. Christian asks Orton what kind of man he is. Orton thinks he’s a Legend Killer, but Christian thinks he’s cold, calculating, and a son of a bitch. Orton laughs. Christian says Orton is wrong about Edge’s career being over. Edge has never quit and won’t quit now.

Orton doesn’t have a say on when it’s over. Edge will get his closure on his terms, not Orton’s. Orton cannot believe Christian came down the ramp to interrupt him. This isn’t about Christian. It’s about him and Edge. Christian is nothing more than jealous of his friend. Orton sees the look in Christian’s eye. Orton knows what Christian wants. Christian wants one more match. Christian and Edge are the same.

Christian cannot accept the fact that this was taken from him before he was ready to say goodbye. Christian isn’t medically cleared to compete, but Orton has a way around that. Orton suggests they fight tonight in an unsanctioned match. Christian thinks about it. Orton says the offer expires by the end of the night. If he doesn’t accept, it proves what everyone knows: Christian is nothing more than a coward.

Charly Caruso is backstage with Angel Garza and Zelina Vega for an interview. Charly welcomes Angel and Zelina, and then pulls up clips from last night where Zelina and Angel’s distractions cost Andrade in his United States title match against Apollo Crews. Zelina states there are no arguments going on, and nobody cost anybody a chance.

Kevin Owens makes his way down to the ring, checking over his shoulder to make sure he doesn’t get ambushed again. Angel Garza comes down to the ring with Zelina Vega, strutting. Zelina’s wearing a red vinyl outfit with a cape.

As soon as the bell rings, Garza charges and goes after Owens’ left knee. Owens and Garza brawl for about ten seconds before Andrade comes down to ringside. Both men paused to watch his entrance, then Owens and Garza go back to slugging it out. Owens fights out of the corner and locks a rear waist lock on Garza.

Andrade comes over and picks Garza up and keeps telling him to get in the ring. Zelina Vega comes over and says “Guys, I am sick of this.” She then walks off as both Andrade and Angel Garza look confused and KO stands alone in the ring. Commercial break time!

Garza goes up to and flies high, and pins KO but only gets at wo count. Garza rolls KO over and places his right knee in the crook of KO’s knee and yanks on it. The hold breaks. Kevin Owens and Angel Garza both to their feet. KO slugs Garza, and again, and again until Garza is draped over the ropes.

Andrade hops up to the apron to distract KO. The ref and Garza get distracted, KO takes advantage and hits the Stunner. Kevin Owens pins for the win!

After the Match: Zelina Vega Comes Back

Andrade and Garza are in the ring. Vega states she is sick of all of this. They try to make excuses and she cuts them off. She tells them they need to stop fighting each other and start fighting together, and asks them twice if they hear her.

Both men exit the ring from opposite sides and follow her up the ramp, eyeing each other wearily. We then get a recap with still shots from the Lashley vs Drew McIntyre match last week, in which Lana caused a distraction by accident, allowing Drew to hit the Claymore and retain his WWE Championship.

MVP reassures Lashley that here going forward, they’re straight up balling. They’re interrupted by the new interviewer. MVP chastises her for interrupting their private conversation. MVP states that what she should be reporting on is that after thirteen years, Lashley was cheated out of the title due to circumstances beyond his control. He then tells her that they’re going to rectify that right now, and we go to commercials.

In the Ring – MVP & Bobby Lashley

MVP says he’s just going to cut to the chase. Last night, at Backlash, after 13 years, Lashley had a shot at the WWE Championship but had his night ruined. Drew McIntyre capitalized on the distraction to defeat Bobby. MVP blames Lana, exclusively Lana, for Bobby not being the champion. He says she was thirsty, and came down to catch her Bobby’s eye. MVP says Drew should have immediately demanded a rematch against Bobby and been a man, but instead he’s hiding behind another man’s wife.

Lana’s music plays and she comes out. Lana says that it was Bobby’s stupid idea to banish her from ringside. She says her Bobby knows she’d never do anything to hurt him. She put her career on hold for him, colored her hair brown for him, got a divorce for him. She said that they were prosperous until MVP showed up. She then blames MVP for Bobby’s loss. He starts to yell at her, and she tells him never to talk to her again like that.

He again blames her. She again tells him to talk to him with respect, she is a woman, thank you very much. She tells Bobby that they were on a hot streak. Bobby interrupts and asks her when was the last time she laced up her boots, and when was the last time she posted anything substantial on Instagram? He says hes sick and tired of her posting their life all over social media, including their sex life. He says that she used him to get famous.

Lana says that if she wanted to sleep with someone to get famous, she would’ve slept with someone way more famous than Lashley, and that she should in fact have slept with Drew. Bobby then tells her she want a divorce. Lashley and MVP leave, and Lana stands in the ring visibly upset.

Samoa Joe cracks a joke that Lana is racking up the husbands, having two divorces in nine months. Tom Phillips then mentions the friendly rivalry between the Street Profits & Viking Raiders. We see they’ve had various challenges such as a decathlon, bowling, golf, axe throwing, et cetera.

Last night at Backlash, the teams were scheduled to break the tie in the ring with the Raw tag team championships on the line. Before the match could begin, the two teams began a street brawl. And then there were motorcycle-riding ninjas, uniting the two teams into the Viking Profits.

The incredibly tall, masked ninja shows up and Erik wants a piece of him and has to be restored. The Raiders ask “What are we gonna do, fam?” to which Montez Ford replies “I’ve got an idea!” And off to commercials we go!

*Be sure to refresh (F5) frequently throughout tonight’s edition of WWE Monday Night RAW for the latest updates and live action!