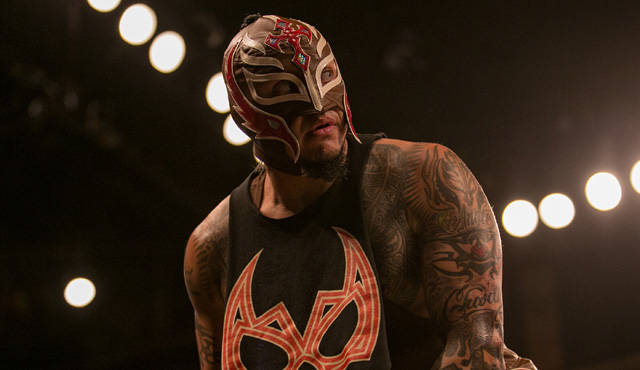 Rey Mysterio might be one of the most popular pro wrestlers on the planet but apparently that isn’t enough for WWE to want him back. There were reports he was talking with both WWE and GFW at the same time but it turns out Vince McMahon might have lost interest.

Sports Illustrated reports WWE is no longer an option for Rey Rey and the reasoning might have a little bit more to do with his friendship with Konnan than some might think.

Konnan and WWE haven’t been on the best terms for a while now. WWE spent thousands of dollars in preparation and promotion for Konnan’s Max Moon gimmick back in the day but the popular Latin American wrestler decided to become a main eventer in Mexico instead. This move turned out to be great for Konnan’s bank account but it might have damaged a relationship that continues to feel the affects to this day.

Konnan was recently backstage at a WWE show but he was a guest of Chris Jericho’s and didn’t really appear to be mending any broken ties during his visit. Konnan was just there to see some people that were his friends, however this new report gives us the idea Konnan won’t be stopping by WWE to see Rey Mysterio any time soon. Reports are WWE isn’t interested in talking to Rey’s representation, primarily Konnan.

If anything, this gives Rey Rey more of a clear direction toward GFW. Jeff Jarrett’s brain-child has been reportedly talking to the super successful masked legend recently and this news from WWE might push that deal along in a quicker fashion. Global Force Wrestling is also seeing a trend of highlighting their Hispanic talent so Rey’s debut with the company would only solidify that fact.

But if GFW did sign Rey Mysterio to a deal he might eclipse Alberto El Patron as the company’s top face. Only time will tell as this situation continues to unfold in front of us.