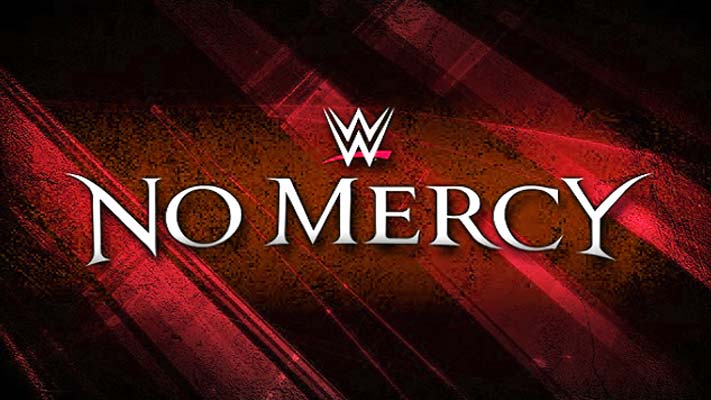 WWE No Mercy airs this Sunday at the Staples Center in Los Angeles, California. The card features two matches that many feel are WrestleMania worthy. Roman Reigns will battle John Cena and Brock Lesnar will defend his Universal Championship against Braun Strowman.

Enzo Amore earned a shot at the Cruiserweight Championship by defeating Cedric Alexander, Tony Nese, Gran Metalik and Brian Kendrick on the September 5th episode of 205 Live. Enzo stole the victory by rolling up Cedric Alexander and grabbing a handful of Alexander’s tights for leverage.

Since Enzo has become #1 contender, he has consistently gotten his ass kicked on RAW in the weeks leading up to Sunday’s PPV. Enzo came down to the entrance ramp to cut a promo about his match with Neville on Monday night. Before he could even get started, Braun Strowman emerged from backstage and proceeded to beat the hell out of Amore simply because he felt like it. Neville took advantage of the situation and made his way down to the ring to beatdown Enzo some more. Neville hit the Red Arrow and then mocked Amore.

Prediction: This match is a coin flip to me. Neville lost the Cruiserweight Championship on an episode of RAW to Akira Tozawa and then won it right back at SummerSlam. WWE has purposely made Enzo look foolish recenty. On Monday he was beatdown by Strowman and the week prior to that he got an ass-kicking courtesy of The Miz and The Miztourage. I’m reluctantly picking Enzo Amore to win the Cruiserweight Championship on Sunday. If he does win it, I don’t see his title reign lasting long. Pick: Enzo Amore

Jason Jordan lost to John Cena and Roman Reigns on recent episodes of RAW, but both matches were very competitive. The Miz has been taking shots at Jordan’s storyline father, RAW General Manager Kurt Angle, as of late. After Jordan won the Six-Pack Challenge on this past week’s episode of RAW, The Miz and The Miztourage attacked Jason Jordan. The Miz planted him with a Skull Crushing Finale and said that Jordan will still be a bastard after Sunday and raised the Intercontinental Championship.

Prediction: I believe Jason Jordan will win the Intercontinental Championship in the near future, but just not this Sunday at No Mercy. The Miz will screw Jordan out of winning the title on Sunday and then Kurt Angle will say that Jordan deserves another shot. Pick: The Miz

Balor defeated Bray Wyatt at SummerSlam as “The Demon King”. Wyatt claimed that Balor was hiding behind his face paint and could not defeat him without it. That really is all there is to this story. Balor said on Monday night that “The Demon King” is his creation, so Wyatt should fear him.

Prediction: I don’t see why Finn Balor wouldn’t walk out of No Mercy with the victory. I don’t think WWE wants to establish that Balor is weak without his face paint on. Thus, I think Balor wins clean via the Coupe de Grace and hopefully this feud finally comes to an end. Pick: Finn Balor

This hasn’t been portrayed as just a feud between these two teams on recent episodes of RAW. Gallows & Anderson and The Hardy Boyz have also been involved and none of these teams seem too fond of each other. Sheamus and Cesaro have called Rollins and Ambrose selfish and that they really do not trust each other.

Prediction: I doubt WWE would take the tag titles off of Ambrose and Rollins this quickly. There will be a time when they turn into enemies once again, but it is far too soon for that to happen. It seems like this is all heading towards a TLC match between Ambrose & Rollins, Sheamus & Cesaro, Gallows & Anderson and The Hardy Boyz next month at the TLC PPV. It wouldn’t make any sense for Ambrose and Rollins to drop the titles on Sunday. Pick: Dean Ambrose & Seth Rollins

Bayley returned from injury on Monday night and was added to this match. Nia Jax defeated Alexa Bliss on RAW and then was attacked by Sasha Banks. Nia started beating down Banks as well, which then led to Bayley coming down to the ring for the save. Alexa Bliss even assisted Sasha and Bayley in throwing Nia out of the ring. Alexa tried to celebrate with Sasha and Bayley, but instead got a Bayley to Belly for her troubles. Emma wasn’t even on Monday’s episode of RAW.

Prediction: I feel like we can just eliminate Emma from the conversation here. She seems destined to be the Superstar pinned here. Asuka will be making her RAW debut soon and you’ve got to believe that she will be thrust right into the RAW Women’s Championship picture. I think Alexa Bliss is going to retain Sunday night. Nia Jax will dominate everyone, but Alexa will steal a pinfall in the midst of the chaos. Pick: Alexa Bliss

John Cena and Roman Reigns have been taking shots at each other for the past few weeks on RAW. Reigns poked fun at Cena for taking twenty minutes to defeat Jason Jordan. Reigns faced Jordan the following week and it took him even longer to defeat him and Cena pointed that out.

Cena brought up Roman Reigns being suspended for failing a drug test and made the WWE Universe aware of Reigns’ zipper being down. Reigns accused Cena of burying young talent and brought up Alex Riley. On Monday’s RAW, Reigns brought up how Cena cut a promo on The Rock for going Hollywood and leaving WWE behind. Reigns pointed out how Cena misses a ton of time nowadays to film movies.

Prediction: I thought that this was going to be a match that WWE would save for WrestleMania, but we get to see it Sunday night. In my opinion, Cena has gotten the better of Reigns in all of their promos together. I don’t think he will get the better of him again at No Mercy. I think Roman Reigns will pick up the victory and then the two Superstars will shake hands. The crowd should be electric for this match and I can’t wait to see it. Pick: Roman Reigns

Braun Strowman “monster-handled” Brock Lesnar at SummerSlam and has done so a few times since then on RAW. Lesnar hit a German Suplex on Braun but Strowman got right back up. Strowman then planted Lesnar with the Running Powerslam and celebrated in the ring. WWE has done a solid job of presenting Strowman as unstoppable and Lesnar as the underdog in this match.

Strowman and Lesnar were interviewed in separate rooms on Monday night. Heyman praised Strowman, but claimed that Braun will not conquer The Beast. Brock Lesnar leaned towards the camera and thanked Strowman for challenging him and stated that is when he is at his best. Lesnar then said “Suplex City Bitch” as the two Superstars stared into the camera.

Prediction: I am just as hyped for this match as I was the Fatal 4-Way at SummerSlam. At this point, I don’t see Lesnar losing the Universal Championship until WrestleMania. I think Lesnar retains on Sunday in a very physical and entertaining match. I honestly would not have one problem with Strowman winning the title either. He is the star of RAW right now in my opinion and it would be great to see the Universal Championship featured every week. I just don’t see that happening Sunday, but the future remains incredibly bright for Braun Strowman. Pick: Brock Lesnar

Who do you think will win on Sunday? Share your No Mercy predictions in the comments below.