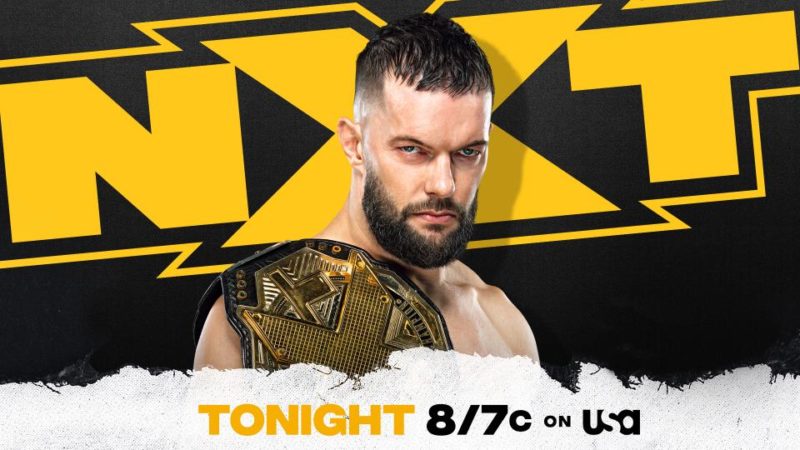 Welcome to Wrestling-Edge.com’s results for WWE NXT airing December 09, 2020. On this episode of NXT, Finn Balor returns to regain the focus as champion.

Balor opens the show in the ring talking about shifting from War Games. He is quickly interrupted by Pete Dunne who comes down and starts to challenge Finn, but Kyle O’Reilly comes down to stake his claim. While KOR makes a good argument Damien Priest also makes his way to the ring to plead his case.

"Technically, you're still #NXTChampion, but come on, man? You spent the last two months eating your food out of a straw."

Finn leaves the ring and claims he will defend his title on January 6th at New Years Evil, but it’s up to Regal to make the match. Karrion Kross’s music hits and Scarlett faces off with Finn. Damien Priest states that if Kross wants to face him he needs to step up like a man, prompting Scarlett to exit.

This match has the potential to rebuild momentum for both of these competitors. It’s a match that shows off the athleticism of Swerve while emphasizing the versatility of Jake Atlas. Jake Atlas is able to get the pin by shifting the weight of an Oklahoma Roll, getting a surprise victory against Swerve. After the match the two face-off in-ring, but Swerve walks out without a handshake.

Ever-Rise is quickly taken out of the equation as they are beaten down. Imperium and GYV battle, laying into each other but it isn’t long til Ever-Rise re-enter refreshed. Each team excels at using Tandem Tag offense to gain an advantage in the match.

Ever-Rise nearly steal the victory after Imperium hits a DDT on GYV, but after a Kickout GYV hits their finish on Chase Parker of Ever-Rise for the win.

Toni Storm is being interviewed backstage about her betrayal of Ember Moon. She delivers her intentions of going for the NXT Women’s Championship, but is attacked by Io Shirai. It goes to the ring and when Toni tries to escape, Ember throws her back to Io.

Ciampa and Grimes battle pretty evenly, but as the match goes on Timothy Thatcher sits ringside watching the match. This match does a lot to highlight Grimes’ grappling ability, allowing him to have an even battle with the former NXT Champion. In the end it’s Ciampa who gets the victory over Grimes and confronts Thatcher as he makes his way up the ramp.

Xia Li is working the wooden dummy while being overseen by the mystery man. Bao is also receiving oversight while getting whacked with a kendo stick. Both seem to be getting the hell beaten out of them and a mysterious painted woman watches on.

This is The Way

The Garganos are flanked by Austin Theory and Indi Hartwell with the group now being referred to as “The Way.” Johnny presents Candice with a trophy with shotzi’s head on it for her victory in War Games, which he said was imported from Italy. As they are celebrating, Damien Priest comes out to confront Austin Theory over his interference in their match. As Priest approaches the ring, he is attacked by a returning Karrion Kross. After the attack Kross heads to the back and enters his car that has Scarlett waiting in it. The two drive off as we go to commercial.

Dain has the early advantage using his superior size against Pete Dunne. Dunne quickly recovers, using his pinpoint brutality to great effect. The story continues the same way throughout the match, with Dunne interrupting Dain’s attacks through strategic  joint locks.

Lorcan and Burch run out to assist Dunne, but Drake Maverick comes out with a chair to run them off. This doesn’t last long as they return to attack Maverick and after Dain clears them out, Dunne is able to take advantage of the distraction to deliver The Bitter End for the win.

Raquel is able to successfully use her size advantage early in the match to attack Ember Moon. She is completely dominant as Ember is fighting to find an opening against Raquel. When she ends up on the apron, Ember is able to spear her off in order to get a brief reprieve. Raquel continues to take Ember to her limit through her raw power, though Ember herself is able to fly around the ring with impactful action. She tries to climb the pillars near the commentary desk but Raquel is able to catch her and continue her battery.

After getting kicked into the post Raquel kicks out and catches an eclipse to turn it into her single leg slam. Gonzalez gets thie win but Toni Storm comes to the ring and confronts Ember as well, being interrupted by Rhea Ripley. The show goes off with Rhea and Raquel having a stare-down.