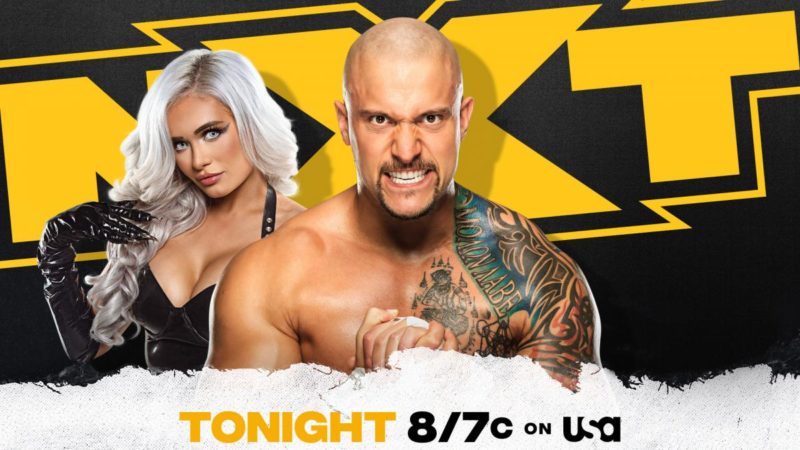 Welcome to Wrestling-Edge.com’s results for WWE NXT airing December 16, 2020. On this week’s episode Karrion Kross returns to Action and the Number One Contender is set for New Years Evil.

The entirety of The Way accompany Gargano and Theory to the ring. KUSHIDA and Ruff maintain the attack on Gargano and Theory, utilizing the technicality and speed combination. Ruff suffers a mishap, slipping off the top rope, but manages to recover and continue the attack.

Theory acts as savior for Gargano several times, as KUSHIDA is able to get the better or the North American Champion frequently. The stature of Ruff also makes it easier to show off the strength of Austin Theory, but Ruff continues to fight. Ruff manages to get Gargano into a pinning situation with a Crucifix Bomb, but doesn’t realize Theory is the legal man. This allows Theory to break up the pin and hit Ruff with a Flatliner for the win.

Ciampa easily dominates Rust, not giving him many openings until Thatcher comes ringside to watch the match. The fight makes its way to the outside and Rust accidentally hits Thatcher, causing a fight to nearly break out between Ciampa and Thatcher. Thatcher is escorted from ringside and Rust uses the distraction to then attack Ciampa. The match continues with Rust eventually put down with a knee while draped from Ciampa. Amazing debut performance from Tyler Rust, however, and he is put over heavily from the commentary team.

After the match Thatcher is still at the top of the ramp being held back by the officials. He jaw-jacks Ciampa as he heads to the back. It also turns out Malcolm Bivens is trying to recruit Rust.

A Brawl breaks out as the match begins pitting the members of Undisupted Era and Killian Dain fighting McAfee’s Minions. The match is quite clinical with O’Reilly and Dunne maintaining a close distance and trying to out-grapple each other. Between picking apart each-others limbs, both O’Reilly and Dunne also use their strength to toss their opponents around.

The match goes multiple commercial breaks, carrying on in picture-in-picture and receiving multiple Fight Forever chants. Despite multiple holds being utilized the pace never slows down, even during double-downs. O’Reilly wins the match with a flying knee, punching his ticket to New Year’s Evil.

Xia and Boa are still going through the training exercises under the eye of the old man and the witch. Turns out that Xia is being forced to beat down Boa, leaving him a bloody mess.

This punishment is becoming even MORE intense by the week!#WWENXT pic.twitter.com/1q342bn2nC

Blackheart has control of the match, but Indi is handed the trophy and The Way attack Shotzi leading to a disqualification for Indi.

The match is short and serves to reintroduce Kross as a dominant force in NXT, quickly causing Troy to tap after brief brutality. After the match he declares himself the opponent for Damien Priest at New Years Evil.

Throughout the night, Dexter Loomis has been doing art from a perch, and it is revealed that he is the host of New Years Evil. Commentary rightfully wonders how he is the host when he doesn’t speak.

This is one of the longest rivalries in NXT, with both women coming from NXT UK and serving as Champion. The battle is more of what we have come to expect from the pair, with both trading moments of power and ferocity. The match runs over the usual television time, and Raquel Gonzalez makes her way out to the ring to support Toni Storm. As the ref checks on Toni, Raquel throws Rhea into a post and allows Toni to hit a Hip-Thrust and Storm Zero to pick up the win. Raquel stands on the ramp enjoying Toni’s victory while Rhea stares her down from in the ring.

It's personal and it's intense between @RheaRipley_WWE & Toni Storm in your #WWENXT main event! pic.twitter.com/JtcAiCaN79