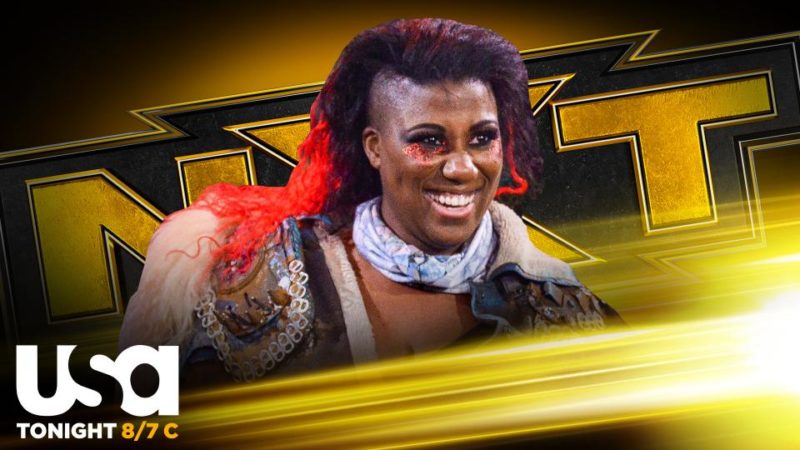 Welcome to Wrestling-Edge.com’s results for WWE NXT airing October 07, 2020. Featured on this episode of NXT is the return of Ember Moon and KUSHIDA facing off with Tommaso Ciampa. NXT comes to us live tonight from the Capitol Wrestling Center.

The match opens with ferocious grappling, keeping it high energy but on the mat. Great spot where KUSHIDA goes for a handspring off the rope but Ciampa delivers a dropkick. Ciampa is quite aggressive using his superior strength to overpower KUSHIDA, who has to use agility to counter.

Kushida begins getting a hold on Ciampa’s limbs, doing everything he can to submit Ciampa who is able to power through. Ciampa seems to be dead to rights in a Hoverboard Lock, but Velveteen Dream comes out in a cast dressed as Cowboy Bob Orton and dives, but accidentally attacks Ciampa. Ciampa gets the win by disqualification as KUSHIDA pursues Dream outside the ring.

After an incredible encounter to kick off #WWENXT, it seems as though @KUSHIDA_0904 & @NXTCiampa may have some unfinished business… pic.twitter.com/1rHYnR8sNJ

Ember talks about her 14 months off, though the Capitol Wrestling Center does have a really cool atmosphere for the promo. She does say that though much has changed what hasn’t changed is her desire for Gold. This cues Io Shirai to come out. Rhea Ripley follows Io out, interrupting her before she can even speak.

When Rhea Ripley starts to talk about Ember’s opportunity, Raquel Gonzalez and Dakota Kai jump her, causing a brawl. General Manager William Regal comes out and makes a tag match for Rhea and Ember to face Kai and Gonzalez in the main event.

Drake Maverick/Killian Dain vs Ever Rise

Before the match we find out that Killian Dain didn’t agree to this match but Drake Maverick starts trying to make them a team. When they come out they have some light-hearted music to the disappointment of Dain. Dain is letting Drake Maverick do a majority of the work, but doing some small coaching bits from the corner. Ever Rise starts taunting Killian Dain who gets upset and drags Drake into their corner so he can tag himself in and clean house. Drake gives himself a blind tag back in, but Dain gets upset with him and powerbombs him onto a member of Ever Rise to ‘assist’ him in getting the Pin.

Following the match, Drake Maverick tries to get Dain to dance to their music, but Dain knocks him out and carries him to the back.

Candice and Johnny are coming home from walking their dog when they find a new TV on their porch allegedly from Indy Hartwell. I assume we’ll find out later why there’s a random TV from Indy, but I assume it’s a ruse.

Leon Ruff almost gets the early win with a rana, but Ruff is able to use his incredible agility to avoid Theory for a majority of the match opening. Ruff tries to get fancy in the corner, but slips allowing Theory to grab him on his shoulders and hit a TKO for the win.

Theory hops on the mic afterward to name himself the future of NXT, but Dexter Loomis walks out to confront him.

There is an impromptu match between the two. Loomis has the upper hand here, using the cold, calculated style to land precision attacks on Theory.

Coming back from break, Austin Theory has found an opening, and tries to control Loomis by the arm. This is a far more competitive match than its precursor, showing off the athleticism of Theory and the ruthless aggression of Loomis. Loomis wins the match via sleeper, but following the match Cameron Grimes attacks Loomis out of nowhere.

I’m sure this will be quite a brawly bit of action between the two Brits. This is a tough start for both men, not taking a moment to let their opponent get an opening. The match only ends when Ridge Holland finds an opportunity to lift Danny Burch and drive him into the mat for the pin and win. As Ridge Holland leaves, he brushes Burch’s head with his boot, and this disrespect causes Burch to get in another brawl with Holland. Oney Lorcan comes out to save his partner, but a further brawl breaks out which is only stopped by the officials coming out to break up the match.

The Garganos are watching the TV dropped off by Indy Hartwell, and the footage is the battle royal which shows Indy helping out Candice.

Shotzi gets the first blows in on this match against Xia Li. Xia finally gets some hits in but it isn’t enough as Shotzi gets a dominant win against Xia.

Somebody randomly comes out to Xia and gives her an envelope with Chinese written on it and she goes to the back with the suited gentleman.

Ember comes out with new music which is a very different feel than her previous theme. There is a lot of hard hitting action in this match, with solid hits between all competitors and complete use of the CWC space. Raquel Gonzalez comes back with a great Gory Stretch Dragon Sleeper, and manages to isolate Rhea Ripley from Ember Moon. The tandem teamwork of Gonzalez and Kai allow them to dominate through a major part of this match, but all it takes is one eclipse on Kai for Ember to get the win while Gonzalez and Ripley brawl over the announce table.