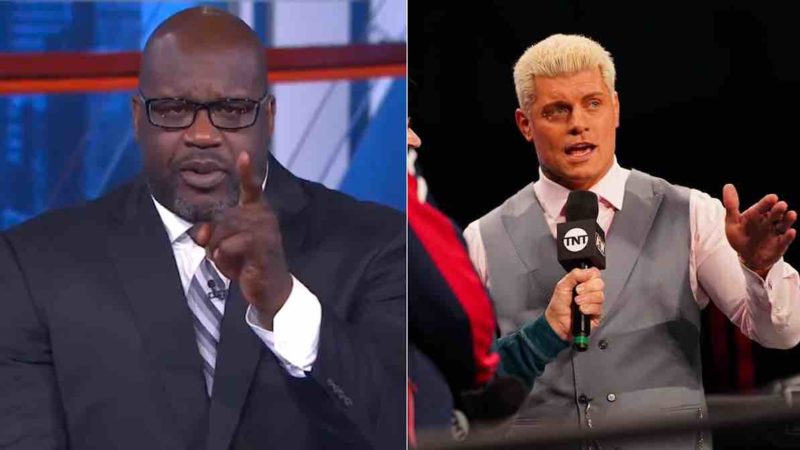 This week’s episode of AEW Dynamite will feature the highly-anticipated in-ring debut of basketball legend Shaquille O’Neal, as he is set to team up with Jade Cargill and square off against Cody Rhodes and Red Velvet in a tag team match. Big Show’s AEW video was ‘censored’ by WWE.

It was initially going to be Brandi Rhodes in Red Velvet’s place, but plans were changed as she got legitimately pregnant.

It seems NXT Star Pat McAfee does not think too highly of the upcoming match. On Twitter, it was said by Fightful Wrestling that the upcoming Shaquille O’Neal match would top all past celebrity matches.

McAfee simply said that ‘it won’t.’ To this, former WWE Superstar and current AEW Star Miro interjected by saying that it was about celebrities.

While this was a shot taken by Miro, it was turned around by McAfee in an interesting way. Here is what McAfee said on Twitter during his show:

“Hey Miro, you’re right. And you considering me a wrestler is one of the greatest compliments I’ve ever received in my life. I will always look back on the time that we spent in the RV together as one of the most electrifying moments in my life. And now that you’re coming to my defense here, not only winning ‘Rookie of the Year’ [in the NXT Year End Awards] but now, fellow wrestlers that I have a lot of respect for saying that I am not a celebrity, I am a wrestler – that means a lot. So thank you, Miro. Thank you. Phew – that’s a good guy.”