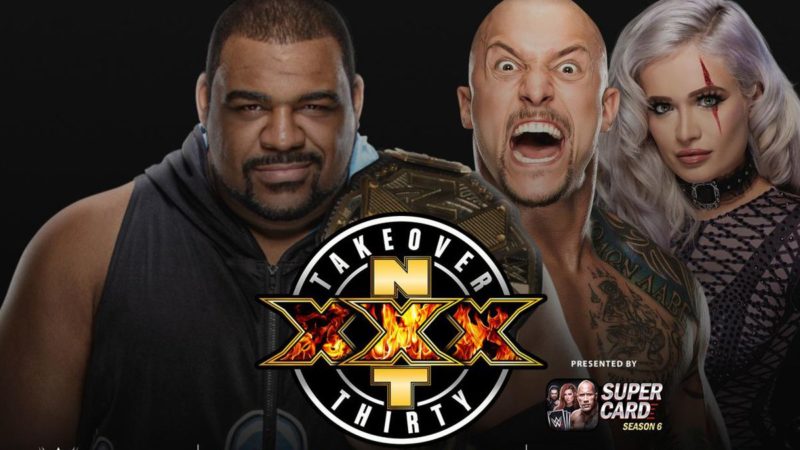 The TakeOver pre-show features a Number One Contendership match between Breezango, Oney Lorcan and Danny Burch, as well as Legado del Fatasma.  The match gives each team appropriate time to feature, focusing strongly on Burch and Lorcan as well as establishing Legado del Fantasma.  Despite this, Breezango win the number one contendership and the opportunity against Imperium for the Tag Team Titles.

The show opens with Tim Thatcher battling Finn Balor in singles action. Notable in his absence is Mauro Ronello, with the announce team consisting of Corey Graves, Beth Phoenix, and Vic Joseph.

Thatcher emphasizing his highly technical “Thatch as Thatch can” style, dominating Balor on the ground. Balor is able to accelerate the pace of the match to put the advantage in his territory of high speed. Thatcher is focusing on destroying Finn’s legs while Finn focuses on high impact.

Following a prolonged battle Finn wins with a 1916 DDT.

The North American title is on the line as five men face off for the gold. Cameron Grimes, Damian Priest, Velveteen Dream, Bronson Reed, and Johnny Gargano qualified for the match, and immediately Grimes feels like the odd man out.

As ladder matches tend to do, chaos quickly reigns supreme. A majority of the comedy focuses on getting Grimes out of the picture including the splits being performed between two ladders. Bronson Reed is also given a massive opportunity to shine, competing against more tenured stars.

Gargano and Dream are presented as heavy favorite, getting close early opportunities to climb the ladder, though Priest plays spoiler. A surprise competitor enters the fray as Candice LeRae comes out to assist Johnny.

Bronson Reed has the title in his hands, but Candice climbs onto his back, so he delivers a splash onto Gargano with the additional weight of Candice.

As mayhem continued to build, Dream is on the ladder, but Bronson Reed tips the ladder to send Dream flying far. Cameron Grimes throws a ladder to stop Bronson, Gargano stops Grimes, and Prettiest gets the win after sending Gargano off the ladder and grabbing the belt.

.@ArcherOfInfamy will #LiveForever as he has etched his name in the history books as NXT NORTH AMERICAN CHAMPION! #NXTTakeOver #AndNew pic.twitter.com/bx6zmjYt9t

The Adam and Pat Show

Pat McAfee is a really good promo and starts strong with a promo on Cole. McAfee and Cole keep it very basic, McAfee able to show off with an up and over as well as wiping out good friends and UE with a huge flipping senton.

There are a lot of stall tactics and alterations of pace to keep McAfee fresh throughout. Cole answering the pure disrespect with some ferocity of his own. There are some really impressive athletic feats taking place in this match, McAfee pulling off moves seasoned wrestlers have difficulty with.

Cole is able to dodge a punt and cause McAfee to injure his foot. McAfee is defiant as Cole sustains his attack. Despite landing a clean punt after a low blow, he is unable to put Cole away.

Cole wins with a Panama Sunrise, but McAfee still out on a very solid performance.

Raquel Gonzalez comes out with Dakota Kai as Kai challenges Ok Shirai for the NXT Women’s Championship. Kai able to expertly use Gonzalez as a distraction, remaining on the offensive against Io.

Io is able to attack from all directions and elevations, using her agility against the strength of Dakota Kai. Kai’s knee brace seems to be a vulnerable point as well as a weapon, using attacks with it to take out the limbs of Io. With Io’s arm weakened, Kai moves to a submission based offense.

Kai had an opportunity to end Io with Kick, but she moves and the ref gets in the way eating the kick. Raquel enters the ring to lay out the champ, but despite the attack Io kicks out. Shirai gets the pin and win after delivering a pair of moonsaults in and out of the ring.

Raquel Gonzalez attacks Io after the match but Rhea Ripley comes out and the two have a staredown before Gonzalez and Kai exit.

We get a pair of announcements:

The NXT Championship is on the line as Keith Lee defends against Karrion Kross. This is a human kaiju battle with the size of Lee against the Menace of Kross.

Both superstars are expending themselves to get whatever advantage they can. Karrion Kross even hits a Doomsday Saito on Lee, finding a way to overpower Lee. Lee somehow survives the Kross Jacket, retaining his consciousness in the final moments. Karrion Kross survives a Big Bang Catastrophy and wins with a second rope Doomsday Saito to become the new NXT Champion.