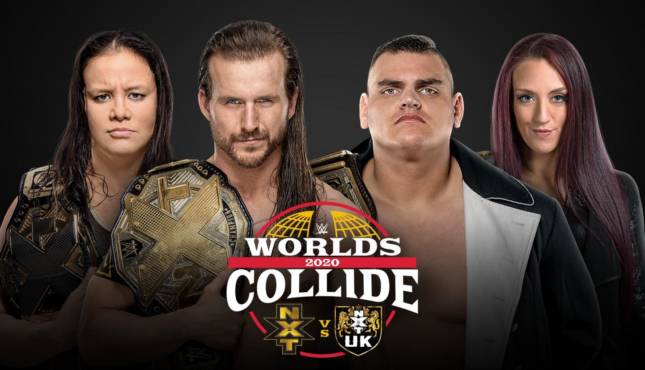 After NXT’s move to the USA Network, WWE has now confirmed another major change for the show in the form of a schedule shakeup for the Takeover events.

The company has now officially confirmed that the Worlds Collide 2020 event will be held during the Royal Rumble weekend and it will take place on January 25, 2020, replacing the Takeover event which usually takes place before the big PPV.

It’s unknown how the officials are planning to handle the builds for future NXT episodes after this change. You can check out the full press release from the company regarding the Worlds Collide event below:

On the eve of the 2020 Royal Rumble event, the stars of NXT and NXT UK will clash for brand supremacy at WWE Worlds Collide 2020.

Tickets for this must-see event will be available at NXTTickets.com starting next Friday, Dec. 6 at 10 a.m. local time. Don’t miss your chance to see Worlds Collide live and in person during Royal Rumble weekend!