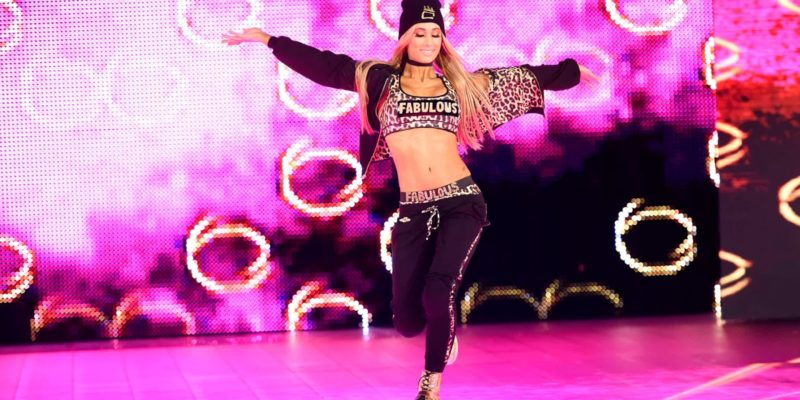 According to the reports from SportsKeeda, WWE Officials are high on Carmella and she will be entering in a feud with SmackDown Live Women’s Champion Naomi after Backlash.

The site suggests that the former NXT Star was supposed to win the SD Women’s title at WrestleMania 33 and then drop it to Naomi 2 days later at the SmackDown episode following it.

Though these plans were nixed after WWE moved their match to the main card of WrestleMania after receiving heat online and Naomi ended up winning the championship at the event itself.

Although it’s said that Carmella handled herself very well upon hearing the change in plans which has impressed WWE Officials and as a result, she’ll be entering the title feud very soon.

It’s worth noticing that Carmella beat the SmackDown Women’s Champion Naomi in a one on one match this past Tuesday during SmackDown Live and her victory can be used as groundwork for her feud against the reigning champion.

Though it’s currently not known how WWE plans to culminate this feud and if Carmella at the end, will get hold of the Championship, or Naomi will remain Champion and move on to a different opponent.